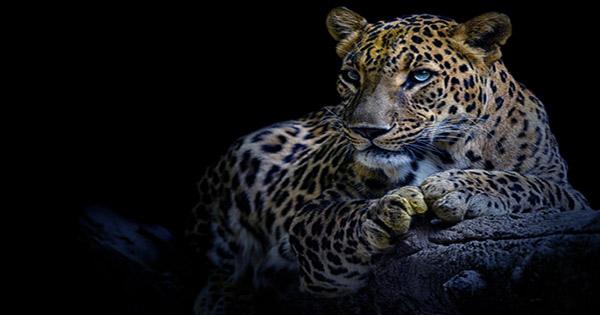 They say you shouldn’t work with kids or animals. Aside from the ethical problems of holding either one captive and forcing them to work, if you’re going to hire an animal for work, you should at least know it’s safe. This was seen in a recent incident in which a model was given access to two leopards for a picture session but was gravely hurt when one of them attacked her.

The leopards, called Paris and Troy, were kept on private property in Nebra in the eastern German state of Saxony-Anhalt.

The center, which is apparently owned by Birgit Stache, 48, purports to be a retirement home for show animals, which raises issues about why they were available for the photograph. Jessica Leidolph, 36, was alleged to have entered the enclosure voluntarily but was confronted with an incredibly hostile response. “It [the leopard] was biting my cheek, ear, and head all the while,” the model told Bild.

Leidolph’s present condition is unknown; however, she was reportedly airlifted to a hospital for treatment of face and head wounds. Shortly after the incident, a mobile alert claimed the leopard had escaped, however, this has since been debunked.

Leopards, which are native to Africa and Asia, aren’t prevalent in Germany; nonetheless, unique rules in Wangen, where the incident occurred, allow for the possession of some wild animals. An investigation is currently ongoing to determine whether the conditions of the private landowner justify their possession of two leopards under local legislation.

Keepers shared some of the darker facts of what life at the zoo is truly like in a thread that went live on Twitter earlier this year, demonstrating the potential for zoo staff to have a “bad day at the office.” The life of a zookeeper appears to be interesting and varied, but given the following actual quotation, we think we’ll stick to writing.

In the post, Reddit user ShadyElmm commented, “The most deadly and dreaded animal in case of an escape is not, as you may expect, lions, tigers, or other large carnivores.” “The chimps are to blame. As soon as they see you, those beasts will take your arm off and beat you to death with a gory end.”