You are here: Home Chemistry Difference between Chemical Reactions and Nuclear Reactions 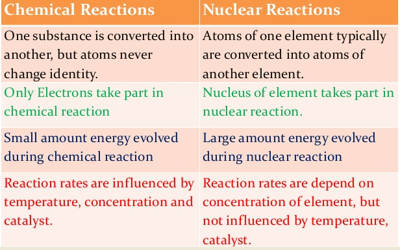 A nuclear reaction can be termed as either fission or fusion. In a chemical reaction, a substance is changed to one or more other substances because of the action of the electrons.