You are here: Home Chemistry Single-atom Catalysts are getting smaller – amazing effects ensue

Metals such as gold and platinum are also used as catalysts. In automotive catalytic converters, for example, platinum nanoparticles transform toxic carbon monoxide into non-toxic CO2. Since platinum and other catalytically active metals are costly and scarce, the nanoparticles involved have gotten smaller and smaller over time.

Catalysts are getting smaller – ‘single-atom’ catalysts are the logical endpoint of this downsizing. However, individual atoms can no longer be represented using the rules built by larger metal components, so the rules used to predict which metals will be effective catalysts need to be reworked – this has now been done. As it turns out, single-atom catalysts based on far cheaper materials may be much more effective.

“Single-atom” catalysts are the logical endpoint of this downsizing: the metal is no longer present as fragments, but as individual atoms anchored on the surface of a cheaper support substance. Individual atoms can no longer be represented using the rules built by larger metal components, so the rules used to predict which metals would be good catalysts need to be reworked – this has now been done at TU Wien. As it turns out, single-atom catalysts based on far cheaper materials may be much more effective. These findings have now been published in Science. 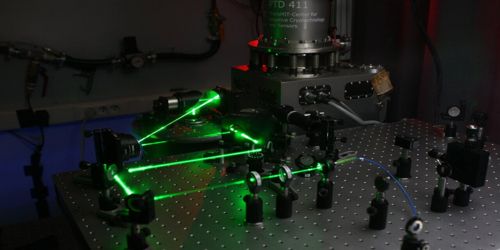 Just the outer atoms of a piece of metal will play a part in chemical processes—after all, the inner atoms never come into contact with the atmosphere. Therefore, in order to conserve material, it is best to use small metal particles instead of large lumps, so that a larger proportion of the atoms remain on the surface. If we go to the ultimate limit and use individual atoms, each atom is chemically active. The area of “single atom” catalysis has evolved rapidly over the last decade, achieving great success.

“The reasons why some precious metals are good catalysts were already researched in the 1970s,” says Prof. Gareth Parkinson of the Institute for Applied Physics at TU Wien. “For example, Gerhard Ertl was awarded the Chemistry Nobel Prize in 2007 for providing atomic-scale insights into catalysis.”

An electron can no longer be assigned to a single atom in a piece of metal; the electronic states arise from the association of several atoms. “For individual atoms, the old models are no longer applicable,” says Gareth Parkinson. “Individual atoms do not share electrons like a metal, so the electron bands, whose energy was key to explaining catalysis, simply do not exist in this case.”

Gareth Parkinson and his colleagues have therefore been intensively studying the atomic processes behind this single-atomic catalysis in recent years. “In many cases, the metals that we think of as good catalysts remain good catalysts in the form of individual atoms,” says Gareth Parkinson. “In both cases, it is the same electrons, the so-called d electrons, that are responsible for this.”

Entirely new possibilities emerge in single-atom catalysis that are not possible by using ordinary metal particles: “Depending on the surface on which we place the metal atoms and which atomic bonds they form, we can change the reactivity of the atoms,” says Parkinson.

In certain cases, especially costly metals such as platinum are no longer inherently the right option. “Individual nickel atoms show great promise for carbon monoxide oxidation. If we understand the atomic mechanisms of single-atom catalysis, we have a lot more leeway to influence the chemical processes,” says Parkinson.

Eight different metals have been specifically studied in this way at TU Wien—the findings match well with the theoretical models that have now been developed in conjunction with Prof. Cesare Franchini at the University of Vienna.

“Catalysts are very important in many areas, especially when it comes to chemical reactions that play a major role in attempts to develop a renewable energy economy,” says Gareth Parkinson. “Our new approach shows that it doesn’t always have to be platinum.” The deciding element is the local atmosphere of the atoms—and if you select it right, you will develop stronger catalysts and at the same time save energy and costs.