By consideration of each of the terms in the equation show that if k2 is very much larger than k1 i.e. k2 » k1 then [B] and d[B]/dt will be both small and approximately constant. 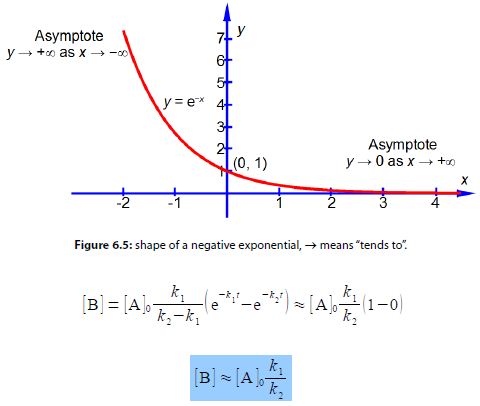 As k1/k2 is a small number thus [B] will be small compared to [A]0. Using the same approximations as above with the equation for the rate of forming the intermediate d[B]/dt we have

As k1/k2 is a small number then k12 /k2 is an even smaller number and thus the rate of change of the [B] concentration is exceedingly small, i.e. [B] is approximately constant. Thus the intermediate concentration [B] is both small and approximately constant under the approximations which follow from where k2 >> k1 and this is called the “Steady State Approximation” in Chemical Reactions kinetics, see below figure. 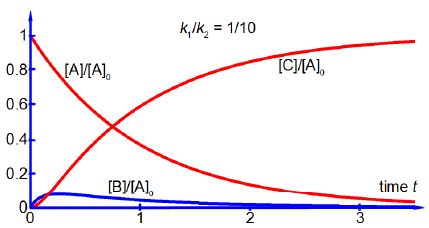