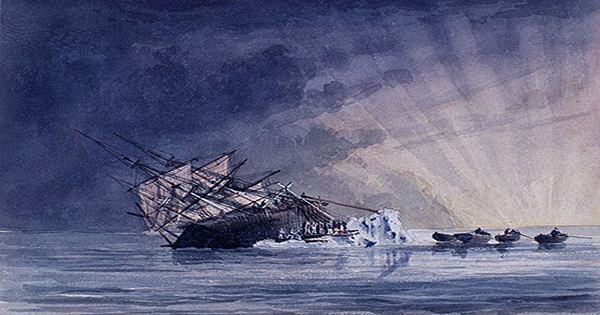 In 1845, two ships sailed to England in search of undiscovered territories in the Canadian Arctic, hoping to uncover the secrets of magnetic information to aid in the search for help. Led by Captain Sir John Franklin, the 129 crew now sailed on the icy and Victoria Streets in the Nunavut region of Canada.

This will be the last time Franklin and all his men have ever met again. As a narrow reminder of this horrific expedition, the remains desperate sailors have been discovered across King William Island, many of which samples were taken for analysis. Now, through DNA testing, an officer who faced his death on the expedition and reconstructed him has identified the first person from the crew to have confirmed it through DNA analysis.

The results, produced by the University of Waterloo, were published in the journal Polar Records. The sailor in question was John Gregory, a warrant officer and engineer on top of HMS Erebus, whose remains were discovered 5 kilometers south of E Ray Boss Bay, where the icy ship was found. After taking tooth and bone samples for DNA, scientists positively identified him through a family analysis of his living lineage.

Gregory’s great-great-great grandson Jonathan Gregory, who lives in Port Elizabeth, South Africa, said in a statement, “Identifying John Gregory’s remains through genetic analysis are an incredible day for our family, as well as everyone interested in the ill-fated Franklin expedition.” “The entire Gregory family is extremely grateful to the entire research team for their dedication and hard work, which has been so critically acclaimed for exposing the piece of history that has been frozen for so long.”

All that is known about the regular voyage was made up of local Inuit people, letters written before the crew went missing, and the remains of fallen crew members were examined. HMS Erebus and HMS Terror were waiting at Baffin Bay in the Gulf of West Greenland in July 1845 for a better chance to continue on their way.Made by whales crossing this spectacle of ships on both sides, it ensures the crew’s living end. According to a note discovered after aftermath called Victory Point Note, Franklin and crew were trapped in the ice around King William Island in September 1846. These ships could never sail again, but the idea is that they stayed on the ships for years, hoping to escape the surrounding ice.