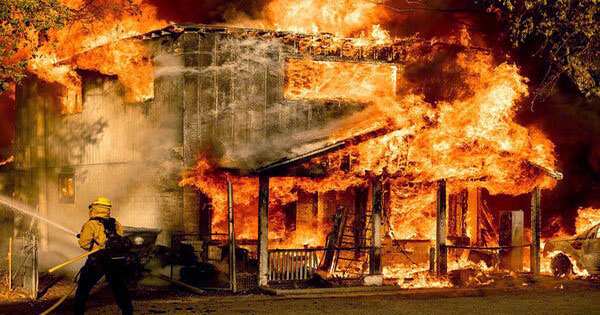 The world’s largest climate change report has been published and the conclusions are quite alarming. However, while the seriousness of the research should not be underestimated, there is a glimmer of hope. Report the Intergovernmental Panel on Climate Change (IPCC), the United Nations agency for the scientific assessment of climate crisis.

For this latest installment, the IPCC report involved an international team of 234 authors and 517 contributing authors who used 14,000 cited references, providing the latest information on the changing climate of the world. “The IPCC report provides a comprehensive update on the‘ acquaintances ’of climate change in the current century, and makes it a deadly read,” commented Andrew Watson FRS, a Royal Society research professor at the University of Exeter.

The main findings are: Greenhouse gases from human activity have already produced 1.1 ° C (1.98 ° F) warming since the 19th century – and we can expect global warming to reach 1.5 degrees Celsius (2.7 degrees Fahrenheit) in no time. The next 20 years if not immediately, quickly and largely reduced. This milestone is particularly significant because the Paris Agreement ideally set the goal of limiting global warming to 1.5 C (2.7 ° F) – we are now rapidly moving towards that benchmark.

In a warm world of 1.5 degrees Celsius (2.7 degrees Fahrenheit), we will experience increasing alarming changes in the climate of our planet, such as the rise of heatwaves, long warm seasons, and short winter seasons. If global warming reaches 2 degrees Celsius (3.6F) – unless major changes occur within this century – the Earth will see catastrophic changes. Warming will ultimately reach the limits of critical tolerance for agriculture and health. There will be deep damage to the ecosystem. For example, a world with a temperature of 2 degrees Celsius (3.6 degrees Fahrenheit) could lose coral walls.

Many irreversible changes, however, have already been set in motion and will intensify as the temperature rises. These include melting of permafrost, melting of seasonal snow cover, melting of glaciers and ice sheets, and loss of Arctic sea ice in the summer. We can expect more intense rainfall and associated floods as well as more severe droughts in many areas.

On top of that, coastal areas will see a steady rise in sea levels in the 21st century, leading to frequent and severe coastal floods in many parts of the world.

The Global Warming Could Push Billions Outside Our Climate Niche