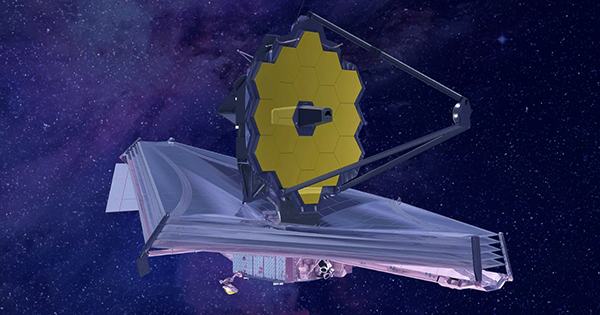 Because of a Freedom of Information (FOI) request from the journal Nature by journalist Alexandra Witze, NASA has been accused of dismissing concerns raised by the astronomy community over the controversial naming of the James Webb Space Telescope (JWST). Evidence of its internal investigation and the decision process to not rename it has been brought to light. Astronomers launched a petition to rename the telescope in early 2021, stating that Webb was implicated in the termination of LGBT federal employees while serving as Under Secretary of State in the 1950s and 1960s, prior to his stint at NASA. NASA conducted an investigation but eventually decided not to change the name since there was no evidence to back up the allegations.

A sequence of internal NASA records from January 1 to October 13, 2021, obtained through a Freedom of Information Act request, show that the present NASA administration was aware of the expulsion of at least one LGBT employee when Webb was NASA head. Since 2015, evidence has emerged tying Webb’s employment at the State Department to the so-called Lavender Scare, a state-sponsored anti-LGBT purge in the 1950s and 1960s that pushed homosexual and bisexual academics and civil servants out of US federal workplaces due to their sexuality.

Thousands of astronomers signed a petition calling for a revision of the telescope’s title to distinguish it from someone associated with a dark period in American history. Dr. Chanda Prescod-Weinstein, astrophysicist Dr. Sarah Tuttle, astronomer Dr. Lucianne Walkowicz, and astrophysicist Dr. Brian Nord spearheaded the petition.

NASA promised to undertake an investigation and publish the results. NASA stated in September 2021 that the new flagship space telescope will preserve its contentious name while refusing to provide the findings or any details about the study. “At this moment, we have discovered no evidence that supports altering the name of the James Webb Space Telescope,” NASA Administrator Bill Nelson stated in a statement provided to IFLScience and shared with a few other news organizations but not with the general public.

IFLScience inquired about the review’s conclusions and received the following response from Karen Fox, NASA’s Senior Science Communications Officer: “We honestly don’t have anything to share since our inquiry hasn’t uncovered anything.” Dr. Eric Smith, the JWST Deputy Program Director, was informed in an email dated April 11, 2021 that a NASA employee, Clifford Norton, was sacked in 1963 because his bosses suspected him of being gay. Mr. Garbarini, the NASA official who fired him, described him as a “qualified employee” who did “really good” job and asked if there was any way to retain him on through court proceedings.

The termination of suspected gay personnel was “a habit within the organization,” according to Garbarini’s counselors. This paragraph “sounds really horrible,” according to Smith’s email. Walkowicz, Prescod-Weinstein, Tuttle, and Nord issued a statement in reaction to the FOI revelations, accusing NASA of concealing discoveries that corroborated Webb’s homophobia and claiming that NASA “gaslit” individuals in September with what it decided to — and not to — reveal. They further claim that Webb fired Norton either on his own initiative or with his full knowledge as Administrator.

Furthermore, they claim that the internal documents show that NASA received several strong recommendations to rename the telescope based on Webb’s history, and that the agency announced in September that no evidence had been found despite the fact that evidence had been presented and NASA historians were still looking into it. “As a group of scientists, we find this avoidance of actual evidence at one of the world’s premier scientific organizations profoundly troubling,” they said in a statement. “We’ve had internships, scholarships, grants, and advisory and leadership responsibilities on NASA projects amongst the four of us.” We aren’t objective observers. This is harm from a community to which we have devoted significant effort and are deeply dedicated.”

Individuals are once again raising the subject of what type of example the agency is establishing for LGBTQ+ people in STEM on social media. Only a few weeks ago, NASA was chastised for eliminating the option for employees at the NASA Goddard Institute to include pronouns in their IDs, which some saw as an attack on the LGBTQ+ community? According to research, LGBTQ+ persons in STEM are still more likely than their cisgender straight colleagues to face workplace devaluation, exclusion, and harassment. According to the American Physics Society, one-third of LGBTQ+ physicists were urged to stay in the closest, and 40% of Tran’s employees in physics departments are misgendered at work.