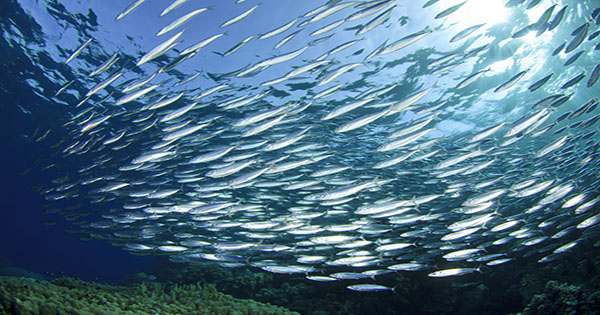 Millions of animals travel large distances in pursuit of food or breeding opportunities, making mass migrations an important component of the natural world. One of the greatest, in terms of both quantity and distance, is an oddity, undertaken for no apparent reason. According to new research, it’s far more intriguing than previously assumed.

Hundreds of millions of sardines move up the South African coast every year crammed into a small belt of water like… uh sardines. To dine on the riches, predators of the sea and the sky make their own migrations. It’s the subject of documentaries, and travelers go to see it.

Scientists have long questioned why sardines behave in this manner. A new study published in Science Advances adds to the evidence that it is a historical legacy that persists despite causing more harm than good to the fish that make the journey.

Cold Atlantic waters fresh from the Antarctic meet tropical Indian Ocean currents off the coast of South Africa, resulting in an incredible temperature difference in only a few kilometers. Sardines flourish in both bodies of water, but there has long been speculation that the two populations are distinct and have adapted to different environments.

Professor Luciano Beheregaray of Flinders University told IFLScience that genetic research has failed to discriminate between the sardines of the two oceans, but his team was able to do it. “We compared thousands and thousands of regions of the genome because [ours] was the first study to use genomics rather than genetics. It revealed two separate populations, although there was some connectedness between them.” The researchers also demonstrated that the two species were suited to different water temperatures.

Nonetheless, not everything went as planned. In a statement, Beheregaray stated, “We also determined that sardines participating in the migration run are large of Atlantic origin and prefer colder water.”

This appears to be the type of insanity commonly attributed to lemmings. “The west coast sardines are attracted to the cold water of the brief upwelling events because they are not acclimated to the warmer Indian Ocean habitat,” said first author Professor Peter Teske of the University of Johannesburg.

The Atlantic sardines find themselves in uncomfortably warm water when the upwelling ends.

“Our study was not aimed to find out what happens to them,” Beheregaray told IFLScience. Many of the sardines are devoured by the whales, sharks, dolphins, and birds that make the event renowned, but Beheregaray has no idea how many others make it back to cooler waters compared to those who perish from heat exhaustion. “Sardines in South African waters can survive up to five years,” he continued, suggesting that some may be dumb enough to travel twice.

A New Treatment Stimulates the Growth of New Teeth