You are here: Home Physics A little light disrupts the advanced solar cells, but it fixes more

Ordinary sunlight exposure reduces their effectiveness, given their purpose is a fairly fundamental problem, but more intense light provides a cure.  Many things in life are good for moderation but extra risky. More unusually, the opposite is true for the promised class of solar cells. 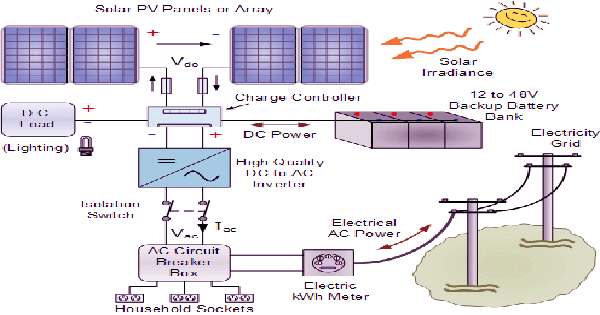 For silicon cells, for example, the bandgap is on the edge of visible light, falling on them and destroying infrared light. A great advantage of perovskite cells is that their bandgap is consistent depending on whether their components are doped.

The efficiency sinks, threatening the position of the parasites as the future of the solar cell. There have been many suggestions around the problem but none are ideal. However, light readings in metallic-halide perovskite cells interfere with the regular distribution of components in their lattice. This means that the carefully tuned bandgap can vary up to 100 nanometers across the cell surface, Dr. Chris Hall of the University of Melbourne told IFLScience, the difference between blue and yellow light and green and orange.

Hall said in a statement, “We were doing a measurement, looking for something else and then we saw the process that time seemed quite strange.”  The situation is reversed under very bright light, such as concentration in sunlight through powerful lenses. Hall and colleagues sought help from the University of Sydney’s Dr. Stefano Bernardi to explain their observations.

The bandgap is adjusted as the components return to a homogeneous state.  “We found that as you increased the intensity of the tension, the local strains in the ionic webs, which were the main cause of the separation, began to converge. When that happens, the isolation that caused the local divisions to disappears,” Bernardi said.

However, for applications where sunlight should focus on a room, for example when multiple layers of different band-spaced solar cells are stacked on top of each other, the search can discover exactly what is needed.

Unfortunately, retrieval of the lattice does not last once the light intensity is turned off. As a result, Hall told IFLScience, “If you’re trying to build a solar cell on the roof of your house, there’s no point in inventing it.” Furthermore, the work may open a completely separate application for perovskites; the authors have already shown that they can store and delete data by changing the intensity of light.

The work was published in Nature Materials. On the same day, the sister publication Nature Electronics published two research papers on advances in pervasive technology, one with the potential to create better LEDs, the other about removing errors when turning on transistors. Although applications differ, time determines how fast our understanding of these semiconductors progresses, evolving one after the other.