You are here: Home Physics Quantization of Electric Charge

Quantization of charge means that when we say something has a given charge, we mean that that is how many times the charge of a single electron it has. It implies that charge can assume only certain discrete values. There is no scientific explanation for the quantization of electric charge in electrodynamics theory and modern physics but it can be verified experimentally. This approach uses the allowed invariances of the Lagrangian and their associated anomaly cancellation equations. 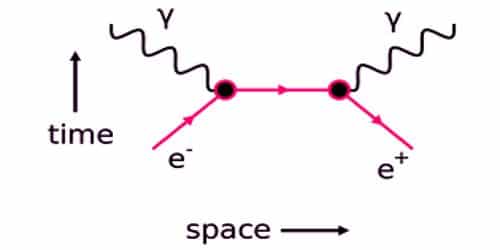 Fig:  Quantization of electric charge and the principle of conservation

In nature, the electric charge of any system is always an integral multiple of the least amount of charge. Because all charges are associated with a whole electron, this is possible. During rubbing or natural forces, no new charge is created. The charges are either redistributed or a neutron breaks up into proton and electron of equal and opposite charge. It means that the quantity can take only one of the discrete set of values. The charge is denoted by the symbol ‘q’ and its standard unit is Coulomb. Mathematically charge is the number of electrons multiplied by the charge on 1 electron. That is: q = ne. The charge, q = ne where n is an integer. i.e.,

The charge cannot assume any value between the integers. Charges have no direction but can be positive or negative.