You are here: Home Physics Sulfur Dioxide Not Phosphine Might Explain the Mysterious Atmospheric Signature on Venus

A cautious but exciting result reported last September. Venus clouds seem to contain large amounts of Phosphine. Phosphine is produced by most living creatures so people must talk. In good science proxies, other scientists were involved to test whether the search was accurate. Questions asked leaving the mystery completely open and some problems with the data found. A different team now had evidence to solve it. It was never Phosphine. It was the most-like but less exciting sulfur dioxide. The new view has been adopted for publication in the Astrophysical Journal and is currently available as a pre-print, meaning it has not yet been peer-reviewed.

Co-author Victoria Meadows, a UW professor of astronomy stated in the press release, “Data on Venus clouds instead of Phosphineis consistent with an alternative hypothesis: they were detecting sulfur dioxide.” “Sulfur dioxide is the third most common chemical compound in Venus’s atmosphere and is not considered a sign of life.”

Chemicals discovered in outer space by observing the emission of electromagnetic radiation at certain frequencies. These signatures can sometimes be confusing because our instruments are not perfect and so observations followed with other instruments to find more evidence to confirm identification. 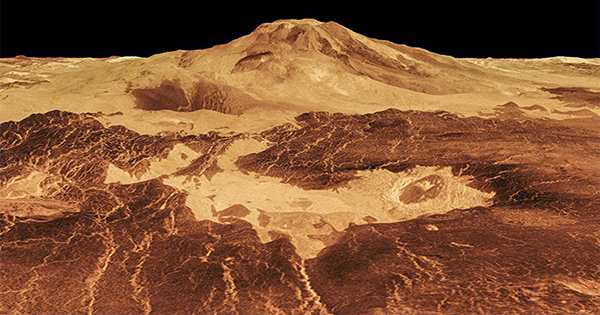 Let us take a step towards the first detection of this signal. Back in 2017, the original research team used the James Clark Maxwell Telescope (JCMT) and discovered a specific radio wave emission from the Venus cloud. There were two molecules that matched that signature, Phosphine and sulfur dioxide. To differentiate between the two, the team decided to use the Atacama Large Millimeter / submillimeter Array (ALMA). In that dataset (which we know now has other problems) they found that there was not enough sulfur dioxide, so they concluded that Phosphine was probably the source of the original signal.

The new work has taken a different approach. They modeled Venus’s atmosphere and used it to explain what seen and what not seen in data from two telescopes. Their model indicates that the signals are not coming from the clouds of Venus but from 80 kilometers (50 miles) above them in the mesosphere. There is no place, where Phosphine has the potential to survive.

Another major finding is that they thought the ALMA data probably underestimated the amount of sulfur dioxide in the atmosphere of Venus and gave the false impression that most of the JMCT signal came from Phosphine.

Added co-author Alex Akins, a researcher at the Jet Propulsion Laboratory, “During the 2016 observation, the ALMA antenna configuration had an undesirable side effect: signals from gases found almost everywhere in Venus’s atmosphere, such as sulfur dioxide, give a weaker signal than a smaller distributed gas.” The core team is currently re-examining the entire data set and we look forward to seeing what their analysis reveals.