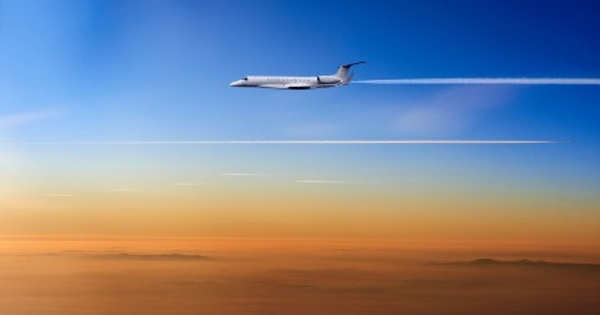 Aircraft have become so loud over the last century that major metropolitan neighborhoods have reduced prices to sweeten a noisy deal. However, a new material may one day change all of this and reduce the periodic waning of jet engines.

If you live near an airport or fly frequently, you’re probably used to the deafening roar of a modern aircraft. Noises as loud as 140 decibels can be heard by nearby onlookers as the turbines whir into action and force superheated air through the exhaust, to the point where noise-cancelling earphones are required for visiting airshows to avoid hearing damage.

A group of scientists has created a new, remarkably lightweight material capable of insulating aircraft engines and reducing noise by up to 16 decibels, reducing the 105-decibel scream of jet engines taking off to the level of a hairdryer.

However, researchers from the University of Bath’s Materials and Structures Centre (MAST) believe they have made a breakthrough in reducing aircraft noise by developing an ultra-light new material that can significantly reduce aircraft noise. The new material is a graphene oxide/polyvinyl alcohol aerogel (a 2D lattice of ultra-light graphene mixed with a polymer commonly found in glue) that can absorb a significant amount of sound while adding almost no weight to the aircraft.

The incorporation of aerogel into passenger jets could significantly improve passenger comfort while reducing noise complaints from surrounding areas.

Researchers believe they have made a breakthrough in reducing aircraft noise, by creating an ultra-light new material that can reduce aircraft noise by a massive margin.

Their research and manufacturing method was published in the journal Nature Scientific Reports.

“This is clearly a very exciting material that could be applied in a variety of ways, initially in aerospace but potentially in many other fields such as automotive and marine transport, as well as building and construction,” said Professor Michele Meo in a statement.

Researchers at the University of Bath in the United Kingdom have developed an extremely light new material that can reduce aircraft engine noise and improve passenger comfort.

The graphene oxide-polyvinyl alcohol aerogel is the lightest sound insulation material ever created, weighing only 2.1kg per cubic meter. It could be used as aircraft engine insulation to reduce noise by up to 16 decibels, reducing the 105-decibel roar of a jet engine taking off to a sound similar to that of a hairdryer.

The researchers created a graphene-based aerogel that was then embedded in a honeycomb scaffold structure to give it such high noise-insulating properties while keeping the weight low. The porous nature of the aerogel dissipates sound by transferring energy from sound to thermal energy as incoming waves collide with the porous walls, causing friction. While porous materials are extremely effective at sound absorption, they are frequently far too bulky and heavy to be used in performance and aerospace settings. The researchers were able to access this incredible ability to reduce noise while drastically reducing the weight of the insulation by using a porous aerogel that is extremely light.

In testing, the aerogel was able to reduce noise by 15.8 decibels, which would reduce the noise of a jet engine to “closer to that of a hair-dryer”, according to the researchers.

“This is clearly a very exciting material that could be used in a variety of ways – initially in aerospace but potentially in many other fields such as automotive and marine transport, as well as in building and construction,” Meo said. “We achieved such a low density by using a liquid mixture of graphene oxide and a polymer, which is formed with whipped air bubbles and freeze-casted. On a basic level, the technique is analogous to whipping egg whites to make meringues – it’s solid but contains a lot of air, so there’s no weight or efficiency penalty to achieve significant improvements in comfort and noise.”

Although the team’s initial focus is on collaborating with aerospace partners to test the material as a sound insulator in plane engines, they believe it could also be used to create panels in helicopters or car engines. They anticipate that the aerogel will be ready for use within 18 months.

Not content with simply making the world a more peaceful place, the researchers are now working to improve the material so that it can also provide heat dissipation. They believe it will be ready for use in 18 months, but it will be subjected to rigorous safety testing to ensure it is durable and fire-resistant enough to be used in aerospace.