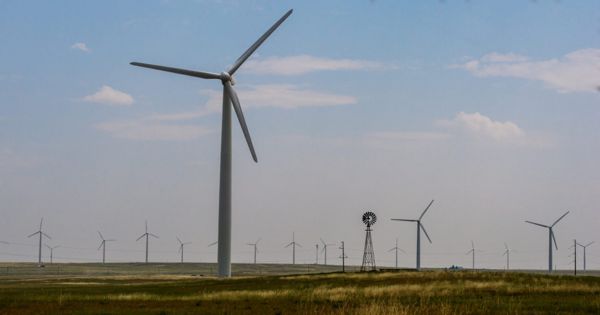 New Wind Turbine Blades could be recycled instead of being landfilled. New material for wind blades that can be recycled could change the wind industry, making renewable energy more competitive than ever before and lowering costs in the process.

Researchers have developed a wind turbine blade that costs less and appears to be recyclable, two attributes that could accelerate the rapid growth of both onshore and offshore wind around the world.

In addition to the recyclability factor, the thermoplastic resin may be used for longer, lighter, and lower-cost blades. Manufacturing blades using existing thermoset resin systems require more resources and more labor in the manufacturing plant, and the final result frequently ends up in landfills. Innovation will also minimize increasing shipping costs, as blades for larger turbines can now be as long as 262 meters, nearly the length of a soccer field.

On the basis of the growing number of end-of-life wind turbine blades and the focus on conservation of energy and environmental safety, more and more attention has been paid to the recycling and re-use of thermoset composite materials for wind turbine blades. 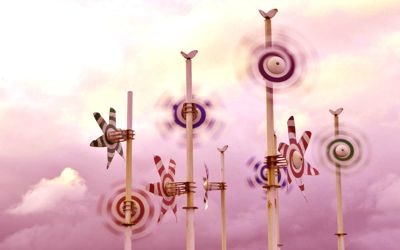 “With thermoset resin systems, it’s almost like when you fry an egg. You can’t reverse that,” said Derek Berry, NREL’s senior engineer. “But with a thermoplastic resin system, you can make a blade out of it. You heat it to a certain temperature, and it melts back down. You can get the liquid resin back and reuse that.”

NREL has also developed a techno-economic model to investigate the cost advantages of using thermoplastic resin in blades. Present wind turbine blades are mainly made of lightweight materials such as fiberglass infused with a thermoset resin. With epoxy thermoset resin, the manufacturing process involves the use of extra heat to cure the resin, which contributes to the expense and length of the blades. Thermoplastic resin, though, is cured at room temperature. The method does not require as much labor as 40 percent of the blade cost. The new method, the researchers have calculated, could make blades around 5% cheaper to make.

NREL is home to the Composites Manufacturing Education and Technology (CoMET) facility at Flatirons Campus near Boulder, Colorado. Researchers plan, produce, and test composite turbine blades there. Previously, the viability of the thermoplastic resin method was demonstrated by the development of a 9-meter composite wind turbine rotor. The presentation was followed by the development and structural validation of the 13-meter thermoplastic composite blade relative to the near-identical thermoplastic blade. This work, together with the work of Arkema and other members of the Institute for Advanced Composites Manufacturing Advancement, showed the benefits of getting away from the thermoset resin method.

“The thermoplastic material absorbs more energy from loads on the blades due to the wind, which can reduce the wear and tear from these loads to the rest of the turbine system, which is a good thing,” Murray said.

The thermoplastic resin could also make it easier for producers to create on-site blades, alleviating the industry’s challenges as it pushes towards larger and longer blades. When the scale of the blade increases, so does the issue of how to move it from a production plant.