The world’s population is projected to rise to 9 billion by 2040, raising global demand for electricity by 45 percent. Responding to this demand with the technology available today would enable fossil fuels to be the predominant means of producing electricity. Fusion has the unique capacity to deliver on-demand utilitarian electricity anywhere it is required, making it an ideal supplement to intermittent renewables and battery storage.

Fusion technology now dominates our energy use, and the Sun is the fusion power plant of our Solar System, already supplying us with the energy to power our solar voltaic cells and blast the wind, and in the past by photo-synthesis to absorb carbon dioxide and build up our heritage in fossil fuels, coal, oil, and gas.

The US Department of Energy (DOE) Princeton Plasma Physics Laboratory (PPPL) is working with the private sector on state-of-the-art fusion technology to produce industrial fusion energy. This work, made possible by a public-private DOE grant initiative, funds attempts to build high-performance fusion grade plasmas. In one such initiative, PPPL is collaborating in collaboration with the MIT Plasma Science and Fusion Center (PSFC) and the Commonwealth Fusion Systems, a start-up of MIT that is designing a tokamak fusion technology called “SPARC.”

The purpose of the project is to predict the leakage of fast “alpha” particles created during the SPARC fusion reactions due to the size and possible misalignment of the plasma-containing superconducting magnets. These particles may emit a mostly self-heated or “burning plasma” that induces fusion reactions. The development of plasma burning is a significant science aim for fusion energy science. However, leakage of alpha particles may delay or stop the generation of fusion energy and harm the interior of the SPARC plant. 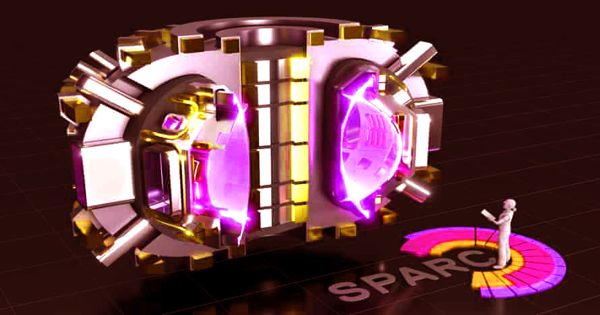 The key features of the SPARC machine include its small size and strong magnetic fields, which enable new superconducting magnets to work at higher fields and stresses than existing superconducting magnets. These features would allow the design and development of smaller and cheaper fusion facilities, as stated in recent publications by the SPARC team—assuming that the rapid alpha particles produced by the fusion reactions can be controlled long enough to keep the plasma hot.

“Our research indicates that they can be,” said PPPL physicist Gerrit Kramer, who participates in the project through the DOE Innovation Network for Fusion Energy (INFUSE) program. The two-year-old program, which PPPL physicist Ahmed Diallo serves as deputy director, aims to speed private-sector development of fusion energy through partnerships with national laboratories.

“We found that the alpha particles are indeed well confined in the SPARC design,” said Kramer, co-author of a paper in the Journal of Plasma Physics, which published the results. He has collaborated extensively with lead author Steven Scott, a consultant at Commonwealth Fusion Systems and a long-time scientist at PPPL.

Kramer used the SPIRAL programming code built at PPPL to confirm the containment of the particles. “The code, which simulates the wavy pattern, or ripples, in a magnetic field that could allow the escape of fast particles, showed good confinement and lack of damage to the SPARC walls,” Kramer said. In addition, he said, “the SPIRAL code agreed well with the ASCOT code from Finland. While the two codes are completely different, the results were similar.

Scott was satisfied with the results. “It’s gratifying to see the computational validation of our understanding of ripple-induced losses,” he said, “since I studied the issue experimentally back in the early 1980s for my doctoral dissertation.” Fusion reactions fuse light elements in the form of plasma—the heavy, charged state of matter made up of free electrons and atomic nuclei, or ions, forming 99 percent of the visible universe—to produce vast quantities of energy. Scientists around the world are working to establish fusion as an almost limitless means of energy production.

Kramer and colleagues observed that the misalignment of the SPARC magnets would increase the ripple-induced losses of the fusion ions, contributing to increased power in the walls. Their measurements should provide crucial feedback to the SPARC engineering team on how well magnets need to be positioned to prevent unnecessary power loss and damage to the wall. Properly aligned magnets would allow for the first time studies of plasma self-heating and the production of advanced plasma control techniques in future fusion power plants.