You are here: Home Technology Scientists found a new route to break reciprocity law in the electromagnetic world

A global research team led by Aalto University has discovered a modern and easy way to crack the law of reciprocity in the electromagnetic universe by modifying the properties of materials on a periodic basis. The breakthrough could help to develop effective non-reciprocal devices, such as compact insulators and circulators, that are required for the next generation of microwave and optical communication systems.

When we look through the window and see our neighbor on the street, the neighbor can see us, too. This is called reciprocity, which is the most common physical phenomena of existence. Electromagnetic signals propagating between two sources are often regulated by the rule of reciprocity: if the signal from source A can be obtained by source B, the signal from source B can also be received by source A with equal performance.

The breakthrough makes a significant step forward in photonics and microwave technology by eliminating the need for bulky magnets. It could help to create efficient nonreciprocal devices, such as compact isolators and circulators, that are needed for the next generation of microwave and optical communications systems.

Researchers at Aalto University, Stanford University, and the Swiss Federal Institute of Technology in Lausanne (EPFL) have successfully shown that the rule on reciprocity can be violated if the property of the distributed medium varies regularly over time. Propagation medium refers to a substance in which light and electromagnetic waves live and spread from one place to another. 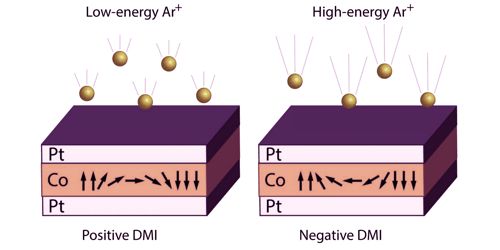 The team has technically shown that if the medium is formed into an asymmetrical form and its physical properties differ globally over time, the signal produced by source A can be obtained by source B, but not the other way around. This causes a strong non-reciprocal effect, as the signal from source B cannot be obtained from source A.

‘This is a significant achievement for both the physics and engineering cultures. One-way light transmission is required for a variety of applications, such as stabilizing laser operation or developing future communication systems, such as full-duplex systems with expanded channel capability,” says Aalto University Postdoctoral Researcher Xuchen Wang.

Previously, producing a non-reciprocal effect involved external magnet bias, making devices bulky, temperature unstable, and often incompatible with other materials. The new findings include the easiest and most lightweight way to sever electromagnetic reciprocity, without the need for cumbersome and strong magnets.

‘These ‘time-only’ variations allow us to build simple and lightweight material platforms capable of single-way light transmission and even amplification,’ Xuchen explains.