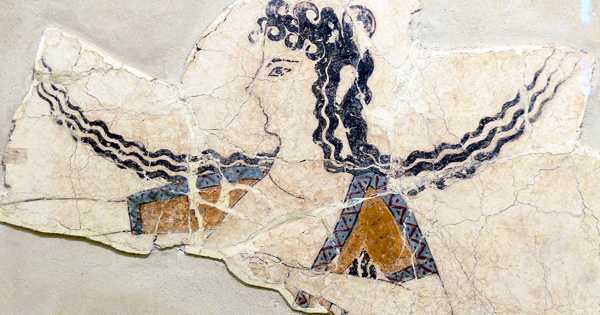 According to genomes gathered from archaeological sites around the Aegean, the first civilizations to build monumental palaces and urban centers in Europe were more genetically homogeneous than expected. By the Middle Bronze Age, people from the northern Aegean shared half their ancestors with people from the Pontic-Caspian steppe. These populations were strikingly similar to modern Greeks. This lends credence to the theory that Proto-Greek and Indo-European languages originated in Anatolia or the Pontic-Caspian Steppe region. The findings were published in the journal Cell.

The findings are significant because they suggest that critical innovations such as the development of urban centers, metal use, and intensive trade during the Neolithic to Bronze Age transition were caused not only by mass immigration from east of the Aegean, as previously thought but also by the cultural continuity of local Neolithic groups.

The first civilisations to build monumental palaces and urban centres in Europe are more genetically homogenous than expected, according to the first study to sequence whole genomes gathered from ancient archaeological sites around the Aegean Sea.

The study also discovered that by the Middle Bronze Age (4000-4,600 years ago), people from northern Aegean were very different from those from the Early Bronze Age. These people had half their ancestors from the Pontic-Caspian steppe, a large geographic region stretching between the Danube and the Ural rivers and north of the Black Sea, and were very similar to modern Greeks.

The researchers collected samples from well-preserved skeletal remains found at archaeological sites. They sequenced six whole genomes, four from each of the three Early Bronze Age cultures and two from a Helladic culture during the Middle Bronze Age.

The researchers also sequenced the mitochondrial genomes of eleven other Early Bronze Age individuals. The researchers were able to perform demographic and statistical analyses on population histories after sequencing whole genomes.

According to Oscar Lao, Head of the Population Genomics Group at the CNAG-CRG, “we have developed sophisticated machine learning tools to overcome challenges such as low depth of coverage, damage, and modern human contamination, opening the door for the application of artificial intelligence to this type of study, taking advantage of the fact that the number of samples and DNA quality we found is huge for this type of study.”

“We were able to reconstruct ancestral relationships between ancient populations and reliably infer the amount and timing of massive migration events that marked the cultural transition from Neolithic to Bronze Age in the Aegean by implementing deep learning in demographic inference based on ancient samples,” says Olga Dolgova, postdoctoral researcher in the Population Genomics Group at the CNAG-CRG.

The Bronze Age in Eurasia was marked by significant social, political, and economic changes, as evidenced by the appearance of the first large urban centers and monumental palaces. The growing economic and cultural exchange that occurred during this time period laid the groundwork for modern economic systems such as capitalism, long-distance political treaties, and a global trade economy.

Despite their importance in understanding the rise of European civilisations and the spread of Indo-European languages, the genetic origins of the peoples who lived during the Neolithic to Bronze Age transition, as well as their contribution to the current Greek population, remain debatable.

Future research could look at whole genomes from the Mesolithic to the Bronze Age in Armenia and the Caucasus to help pinpoint the origins of migration into the Aegean and to better integrate genomic data with archaeological and linguistic evidence.

Scintillating Discovery: These Distant ‘Baby’ Black Holes Seem To Be Misbehaving — and Experts Are Perplexed