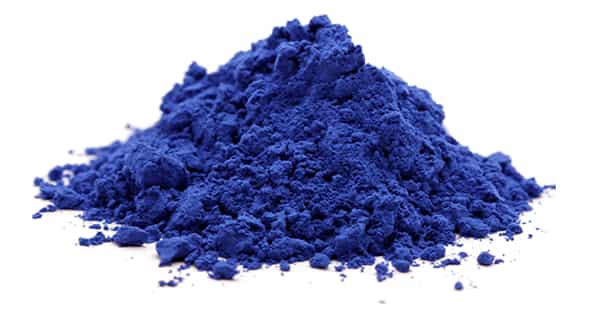 Food coloring or dying is a fun way to add color to your food, whether you want to add red to Santa’s hat on a Christmas cake, make a yellow sun on a cupcake, or make a blue sea out of your mashed potatoes.

Scientists have devised an environmentally friendly method of increasing the production and heat stability of a naturally occurring blue coloring. The blue coloring, known as phycocyanin or spirulina extract, is in high demand as an alternative to artificial colorants and is used in everything from Smarties to gin. Spirulina, blue-green algae, produces phycocyanin, which is the preferred source of natural blue in a rapidly growing market for natural food and drink colorants.

Researchers discovered that a Spirulina relative can be engineered to produce a heat-stable form of the profitable blue pigment at low temperatures, allowing industry to scale up production.

Scientists have developed an environmentally friendly way to increase the natural blue color and thermal stability. Phycocyanin, or spirulina extract, is in high demand as an alternative to artificial colorants.

Phycocyanin is a natural alternative to artificial colorings, which are unpopular among consumers and are increasingly being criticized for their potential negative health effects. Its brilliant blue color appeals to the textile industry, and its anti-oxidant and anti-aging properties are sought after by the nutraceutical and cosmetic industries. However, the use of phycocyanin is limited because it is unstable at the higher processing temperatures found in many industries.

To address this issue, researchers at the University of Edinburgh genetically modified the blue-green algae Synechocystis, a relative of Spirulina, to produce a more heat stable form of the blue pigment. They accomplished this by replacing the genetic instructions for making phycocyanin in Synechocystis with those from another blue-green algae, Thermosynechococcus elongatus, which thrives at high temperatures.

These blue-green algae, known as thermophiles, are found in hot springs and produce a heat stable form of the pigment—but they are more difficult to cultivate and more energy expensive than Spirulina.

Consumers are concerned about synthetic dyes and their impact on their health, which is driving up demand for natural food coloring. By 2027, the natural food color market is expected to be worth $3.2 billion. The industry is on the lookout for brilliant food dyes that are also natural, such as cyan blue.

The process drastically reduces carbon dioxide emissions by an estimated 791 metric tons—the equivalent of 171 gasoline-powered cars’ annual output. Global demand for natural blue coloring is continuing to rise as the use of natural colorants expands into new markets.

The researchers are collaborating with Allgo Biosciences, a recently formed company of long-term industry partner Tantillus Synergy Limited and ScotBio’s sister company. Allgo is tackling real-world problems by engineering biology to go beyond what is found in nature.

According to Dr. Alistair McCormick, the study’s Principal Investigator and Reader in Plant Molecular Physiology and Synthetic Biology at the University of Edinburgh, “It was thrilling to demonstrate how compatible these pigments are between species that inhabit vastly different ecological niches. This work exemplifies how engineering biology can be used to increase natural product production and expand their use into new industries.”

According to Dr. Grant Gale, Head of Operations at Allgo Biosciences, “We are very excited to investigate these and other cutting-edge synthetic biology technologies. We believe that bio-manufacturing is still in its early stages and has enormous commercial potential in the coming decades. We are delighted to be able to maintain our close collaborations with internationally renowned research groups and institutions.”

The discovery of a new cyan blue coloring, obtained by researchers from red cabbage, opens up new possibilities. It has the potential to replace synthetic colorings such as brilliant blue FD&C Blue No. 1. To create more vibrant colors, the cyan blue could be mixed with other natural dyes.

The Keystone XL Pipeline Project has been Terminated, Marking Win for Indigenous Groups