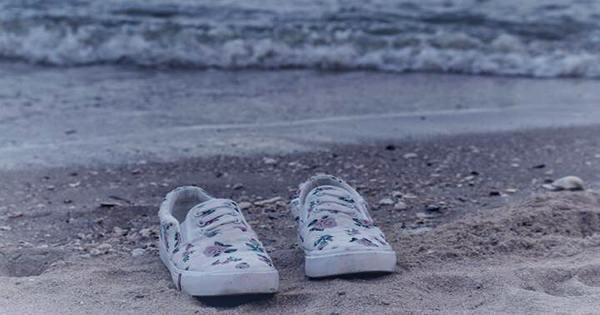 Since August 20, 2007, a large number of human feet have washed up on the US and Canadian shores of the Salish Sea. OK, any amount of human feet washing up on the beach is concerning, but between 2007 and 2019, beachgoers discovered over 21 feet – most of which were still in their shoes – that was fully unattached to their owners.

A young girl and a couple out on a walk discovered the first two within a week of each other. Both feet were size 12 and were on the right side.

At the time of the discovery, Vancouver Island regional coroner Rose Stanton told CBC that both feet were rotting but still had flesh on them.

More feet began to wash up over the next few years, including a few pairs, nearly invariably in sneakers. The incident gained international interest, with some speculating that a serial killer was on the loose or that the mafia was disposing of victims in the traditional “sleeping with the fishes” fashion.

It had all the makings of a classic mystery, with the question of why feet began to appear in such large numbers, if at all.

Sorry to bust your bubble, but this was not the work of some insane serial killer who had a particular dislike for joggers. The rationale is really more straightforward: there was a shift in the footwear sector.

When more feet washed up in 2016, coroner Barb McLintock told the National Post, “We pretty well think we know what happened in every case.” “There isn’t a single one that suggests homicide […] in every case, there is an alternate, perfectly acceptable explanation.”

Scavengers are fast to attack a body that is out at sea and sinks to the bottom of the ocean, whether it is the result of an accident or a suicide. Crustaceans, for example, are slow feeders that prefer to attack the softer regions of the body rather than the tough gristly bits. Our ankles, which are mostly soft tissue and ligaments, are among the delicate portions of humans. Chew on this for a while, and the foot will separate before any substantial breakdown occurs. Fish tore the feet off the bodies as they went down whole.

The reason the phenomena didn’t truly take off until 2007 (though there have been sporadic reports of feet washing up before that), is due to sneaker design. Over the previous few decades, the lighter foam has been used in sneakers, as well as air pockets in the soles.

“It wasn’t until we got running shoes that floated so nicely that it came up,” McLintock added. “Previously, they had basically lingered at the ocean’s bottom.”