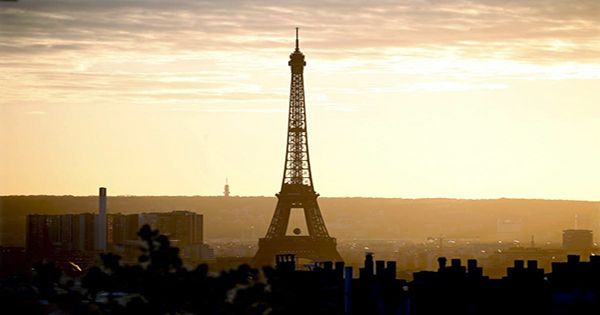 The world of 2020 is very different from the world of 2015 after the signing of the Paris Climate Agreement. As our planet relates to a variety of global catastrophes, many are reflecting the limitations, successes, and failures of this deal, as well as what it holds for our future.

It was not an easy task for the 196 parties to agree to this national proposal, and many of the credits leading to the UN Framework Convention on Climate Change were achieved by Costa Rican diplomat Cristiana Figueroa. The deal was not perfect and many scientists considered it a compromise that did not go so far.
Climate change deniers have instead claimed it was a discipline, and are being asked to repeal it. These people can find their champion in Donald Trump.

After Trump took office, he promised to remove the United States from the Paris Agreement. The official withdrawal was filed on November 4, 2019, and took 12 months to complete. The North American country left on November 4, 2020, the day after Trump lost the US presidential election, with only President-elect Joe Biden saying on his first day in office that the United States would rejoin the Paris Agreement.

The agreement has also changed the way we talk about climate. The optimistic goal of keeping the average global temperature below 1.5 °C (2.7 °F) is taken seriously and the idea of ​​achieving net-zero emissions has now become a policy in many countries.

While that’s good, it’s still not enough. In many countries around the world, the spring lockdown has dramatically submerged emissions in suspension as transportation and industrial grounds, proving that climate change is truly the key to energy production and change in dealing with emergencies. And yet, as renewable energy sources have grown in popularity and more companies are moving away from fossil fuels, we have never dug for them before.

Thunberg is asking people to get involved in challenging the government to make the necessary procedural changes. A sentiment shared by the Ugandan climate activist, Vanessa Nakate. In an op-ed for The Independent; he writes that discussing the successes of the Paris Agreement is a special opportunity for me, even though many communities have been devastated by the climate crisis over the past five years.

“This is my world at 1.2C of warming. This is not progress. The long-term goals of the League, 2030 or 2050, will not keep the world “below 2C” of global warming as promised in the Paris Agreement. I can tell you, 2C Hot World is the death penalty for countries like mine.

“Opportunities allow governments and corporations to see the climate crisis as an opportunity for public relations. Being a true leader in climate now means taking steps to reduce emissions quickly by adopting what we need to do to avoid climate catastrophe in line with what science has told us. This does not mean saying one thing at home and doing something else abroad. If the target is below the 1.5C threshold at the current rate of emissions, we only have seven years. Action needs to be taken immediately.