Home Finance Impact of Liquidity Crisis in the Banking Sector 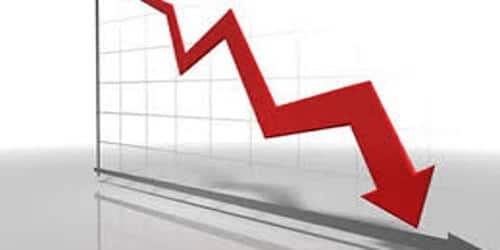 The banks and financial institutions of the country are now facing difficulties at maintaining healthy liquidity due to the increasing size of non-performing loans (NPLs). With visualizing the impacts, liquidity crisis is the widely discussed topic in the banking sector recently. This crisis has ruled over the stability of this sector & diverts clients’ faith unstable. It is very natural that as the economy increases, the scope of corruption will also increase. Economists, bankers, and experts blamed aggressive lending against the lower deposits, money laundering under the cover of import, hike in dollar price, adjusting the new advance deposit ratio (ADR), withdrawal of deposits, and failure in default loans recovery for the crisis. This is why it is ideal for a responsible public finance management system to adequately prepare itself so that it can fight corruption and prevent money laundering.

A liquidity crisis is a negative financial situation characterized by a lack of cash flow. For a single business, a liquidity crisis occurs when the otherwise solvent business does not have the liquid assets (i.e., cash) necessary to meet its short-term obligations, such as repaying its loans, paying its bills, and paying its employees. Banking sector, money market, and stock market are the most important organs of an economy. Due to corruption, inefficiency, and lack of good governance, the banking sector could not be improved to the desired level as yet.

If the liquidity crisis is not solved, the company must declare bankruptcy. An insolvent business can also have a liquidity crisis, but in this case, restoring cash flow will not prevent the business’s ultimate bankruptcy. The effects of a liquidity crisis may spread in many ways: -A liquidity crisis can unfold in several ways. Economic concerns might drive the deposit holders with a bank or banks to make sudden, large withdrawals, if not their entire accounts. This may be due to concerns about the stability of the specific institution or broader economic influences. The account holder may see a need to have cash in hand immediately, perhaps if widespread economic declines are feared. Such activity can leave banks deficient in cash and unable to cover all registered accounts. -If a government is confronted with a liquidity crisis and lacks the funding to pay for its obligations and debts, it might take on austerity measures thus cutting spending drastically. Such actions can in turn affect the public as there would be less money in the overall economy. The lack of cash flowing from government sources can affect small businesses, for instance, that rely on loan financing to help them cover growth costs as they conduct business. This can result in businesses closing temporarily or even permanently, spikes in unemployment due to those closures, and an erosion of economic growth within the country.

According to the central bank data, banks have received a total deposit of around Tk85,000 crore, while they disbursed around Tk 1,25,000 crore between January and December 2017. The banking sector is the center-point of economic activities of a country, but it is not isolated from the activities of the economic sectors. During this period, the depositors were interested in investing in National Saving Certificates as the deposit interest of banks was too low. The banks have to pay the import bills through dollars and the Bangladesh Bank sold the greenback worth Tk 11,000 crore to the private banks in the previous year. We expect proper steps taken by Bangladesh Bank to overcome from liquidity Crisis. Otherwise, it will hamper the whole financial sector & it will ruin economic growth directly & indirectly. Money is the blood of the national economy and as such, liquidity crisis in banks should be treated as a wake-up call.