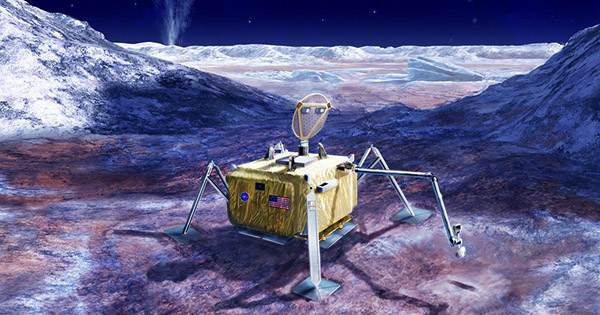 The issue of whether or not we are alone in the cosmos looms large in our imaginations. What would other life be like if we are not? Is it going to be easy or complex? Will we even be able to recognize it, given how different it is from us?

For all of these reasons, NASA experts are recommending that the world agrees on a method for announcing any future discoveries that may or may not represent extraterrestrial life in order to avoid misconceptions.

First, we must keep in mind that we should not expect to see something that is unmistakably alive. It might not show up as tiny green people, ET, or even Gonzo. It is considerably more probable that the signs of life we see will produce a thrilling but far-from-certain outcome.

Any evidence must be double-checked and double-checked again, which might take a long time. As a result, having a framework for dealing with how to communicate such a discovery is critical in preventing any results from being misinterpreted.

NASA researchers explain the necessity for a systematic approach in a viewpoint piece published in Nature, and how it will be useful to have something in place before any meaningful findings are made. The story begins, “Our generation may conceivably be the one to find proof of life beyond Earth.” “With great power comes great responsibility.”

They have even proposed a measure dubbed CoLD, which stands for Confidence of Life Detection. It is divided into seven layers to ensure that what we are experiencing is unquestionably real. The identification of a signal that may be biological is level one. The next step is to rule out any contamination from humans or the environment.

The following two steps are concerned with ensuring that the event is a biological one rather than a chemical one unrelated to life. Level 3 demands the demonstration of a biological source’s ability to emit signals, whereas level 4 necessitates the removal of all non-biological sources from the environment.

When an extra independent biological signal was found, Level 5 was reached. When all alternative theories announced following the initial discovery were ruled out, level six was attained. Finally, stage 7 is the verification of further biological phenomena independently.

Applying the CoLD scale to well-known cases really helps to contextualize them. ALH84001, a 4.5 billion-year-old Martian meteorite that may contain evidence of early life processes, achieves a maximum of level 3. “Is it proof of life?” you might wonder. The researchers suggest that asking “yes or no?” is no longer the appropriate question. More detail is required for such a significant issue.

“A community-level debate involving scientists, technologists, and the media is required to agree on objective criteria of evidence for life and optimal techniques for presenting that evidence,” the authors write.

“Doing so before the results of life-detection tests are released, rather than in response to a specific finding, will allow for a more dispassionate, objective, and broad-based treatment of the subject, as well as ensure that the subject’s packaging supports clear understanding by the general public.

The goal of this Perspective is to encourage such debate by proposing a draft framework and set of considerations to get the conversation started.” The CoLD scale may not be the one adopted by the global scientific community, but it provides a framework for determining what constitutes evidence of life elsewhere in the cosmos and how best to convey it.