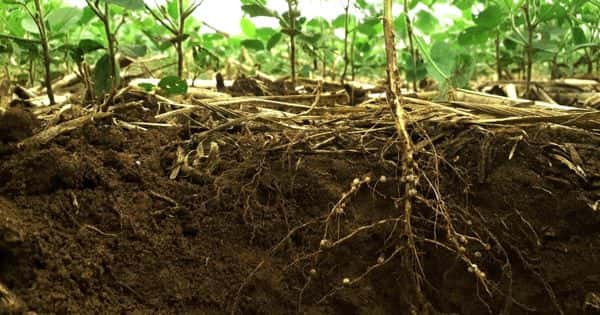 The international research team, led by scientists from the University of Nottingham’s Future Food Beacon and the University of Shanghai Jiao Tong, has discovered how the plant signal ‘ethylene’ induces roots to avoid growing in hard soils, but if this signal is disabled, roots can pass through compacted soils.

Scientists have discovered a signal that causes roots to stop growing in hard soils which can be ‘switched off’ to allow them to punch through compacted soil – a discovery that could help plants to grow in even the most damaged soils.

Strong (compacted) soils are a major problem confronting modern agriculture and can decrease crop yields by more than 50% by limiting root growth, causing large losses annually. Europe has more than 33 million hectares of soil vulnerable to compaction, which is the largest in the world. Soil compaction causes a decrease in root penetration and intake of water and nutrients. Despite its strong relevance to agriculture and global food security, the root compaction response mechanism has been unclear to date. 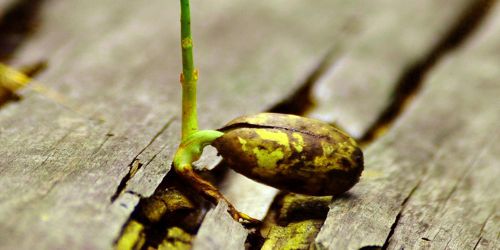 Professor Malcolm Bennett of the University of Nottingham School of Biosciences said: “Understanding how roots penetrate hard soils has a significant effect on agriculture, as this information would be critical for breeding crops that are more resilient to soil compaction. Our team’s identification that plant signal ethylene regulates root reactions to hard soil opens up new possibilities for choosing new soils.

The study used X-ray computed tomography scanners available at the Hounsfield facility at the University of Nottingham to simulate in situ how plant roots reacted to compacted soil. Professor Sacha Mooney of the University of Nottingham and Director of the Hounsfield Facility explained: “Prior to this study, we thought that soil hardness stopped roots from developing deeper. By using our imaging method, we were able to see that roots tended to develop in very hard soils while the ethylene signal was turned off. Potential for new crops that could now go deeper.

The international team involved in this recent Science Paper comprises researchers from nine universities located in Europe, China, and the USA, combining knowledge in plant and soil sciences, bio-imaging, and mathematics. The team includes many early-career scholars, including Dr. Bipin Pandey and Dr. Rahul Bhosale, who are funded by the Royal Society Challenge Grant, the BBSRC Exploration Fellowship, and the University of Nottingham Future Food Beacon.

With a new emphasis on organic agriculture, there is a reawakening of interest in soil quality. Early scientists, farmers, and gardeners were well aware of the importance of soil quality and organic matter to soil production. The importance of soil organic matter, and living organisms in the soil, has been recognized by scientists at least as far back as the 17th century. The results of this study would significantly enhance the structure of agriculture.