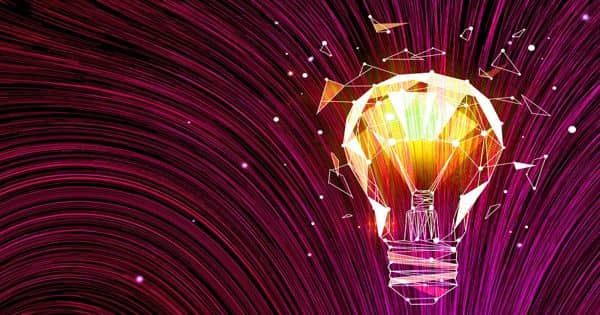 During office brainstorming sessions, managers are increasingly telling employees to “be creative.” Should employees, however, comply with that managerial directive? According to a new paper from a University of Illinois expert in work behaviors and organizations, being creative in the workplace can be risky because creativity is deeply personal, which can make the creative act feel self-disclosing.

According to Jack Goncalo, a professor of business administration at the Gies College of Business, when prompted to be creative, people share ideas that reflect their unique point of view and personal preferences – which can be risky business in the office.

“One of the things organizations frequently tell their employees is to be creative,” Goncalo explained. “When you are creative, you are revealing something about yourself and allowing others to form opinions about you. People, both managers and employees, should be aware of the risks involved, in my opinion. Unless you go through a lot of hoops to make sure there aren’t any consequences, there should be some red flags raised about the idea that employees can be freely creative.”

It’s increasingly common for managers to instruct employees to ‘be creative’ during brainstorming sessions. But according to a new article, being creative in the workplace is potentially fraught with peril because creativity itself is deeply personal.

Whether it’s formulating the latest scientific breakthrough, developing new technology, or creating a collaborative work of art, creativity entails not only conjuring up novel ideas but also mustering the courage to openly express those ideas to colleagues, exposing them to criticism.

“When people are creative, they are doing more than just solving problems. They are, in fact, revealing something very personal “According to Goncalo. “The ideas we share when brainstorming and generating ideas are not simply abstract, cold solutions to problems. They are derived from our own distinct idiosyncratic viewpoint. You’re digging deep within yourself to share something that reflects your point of view, which makes sharing those ideas risky, personal, and consequential.”

Goncalo and co-author Joshua H. Katz, a graduate student at Illinois, conducted five experiments to test the hypothesis that generating creative ideas would lead to the perception of self-disclosure.

When subjects were instructed to be creative, they inevitably “thought about their own preferences, likes and dislikes, and less about what other people thought,” according to Goncalo. “That explains why creativity is risky, and it explains something about the process that people go through, which we measure in the paper,” he explained. “We conducted experiments in which we asked people to come up with creative ideas for potato chip flavors and candle scents, and you can’t help but read their ideas and feel like you know the person afterward.”

The majority of research on creativity focuses on its origins and how to increase its production. However, according to Goncalo, this paper demonstrates that being creative has consequences. “When you say you don’t like my idea, you’re actually rejecting someone’s perspective or point of view, which is dangerously close to rejecting that person – which is risky, to say the least, in the workplace,” he explained.

Another finding of the study is that being creative together is a good way to get to know someone new. “When I hear your creative ideas, I get the feeling I can predict something about your personality,” Goncalo explained. One of the participants in the creative candle scent experiment came up with some unusual ideas, including “Zombie Outbreak,” “Spoiled Milk in a Hot Car,” and a euphemism for canine flatulence.

“Based on those ideas, you may feel like you know this person, but you may not like them,” he explained. “When people are being creative, they are sharing information that may irritate some people.”

Being creative can also help people bond or get to know each other better, according to Goncalo. “The most positive spin on this is that when people work together on something creative, one of the byproducts is that they get to know each other a little better,” he said. “On the other hand, you might not like what you hear. That is where the risk lies, but you can certainly match people based on their mutual interests, which could easily lead to bonding.”

The study has implications not only for creative types and marketing managers but also for any group setting where creative thinking and brainstorming are required.

“This speaks to making people feel anonymous when brainstorming,” Goncalo explained. “It’s the same reason why people are more likely to share when they know their response will be anonymous: there’s less risk. So one way to be more creative is to reduce the risk while also seeing it as an opportunity to get to know each other better. It has the potential to be an icebreaker.”