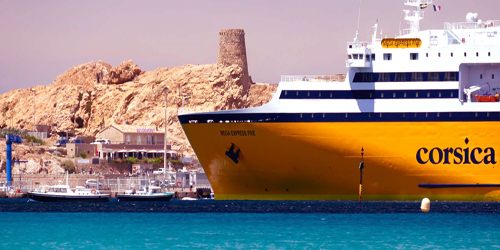 Cortica, French Corsa, official name collectivity Territorial de Cors, France’s territorial territory (regional collectivism) and Mediterranean sea island (since 1976), Haute-Corse and Cors-du-Sud. It is located southeast of the French mainland and west of the Italian peninsula, with the closest land to the immediate southern Italian island of Sardinia. The single chain of mountains comprises two-thirds of the island. Centuries later, in 540 BC the Greeks colonized the island, they were succeeded by the Romans, and only then did the invaders and invaders begin fighting on the coast.

For the most part, the territory of Corsica is mountainous. About 50 million years ago, the crushed rock was pressed against this granite, forming the schist of the eastern part. It is the most mountainous island in the Mediterranean, a “mountain of the sea”. About two-thirds of it has an ancient crystalline massif that divides the island from northwest to southeast. Corsica has a cluster of 20 horns over 6500 ft (2000 meters). The mountains form a single chain between two-thirds of the island. The forests comprise 20% of the island. Mount cinto attains an altitude of 8,890 feet (2,710 meters). The mountain silhouettes are very dramatic and their granite rocks show vivid colors. The island is 90 kilometers (56 miles) from Tuscany, Italy, and 170 kilometers (110 miles) from, Côte d’Azur France. It is separated from Sardinia in the south by the Strait of Bonifacio, which is at least 11 km (6.8 mi) wide. French, the official language, is practically all spoken by Corsican, most of whom use the Corsican dialect, Corsu, which is similar to Tuscan. The Cortés is in Haute-Corsé and the Cors-du-Sud dialect differs from each other. Roman Catholicism is the main religion.

Although the anthropography presents a holistic view of the method of analysis by Ratzel, the 25-page monograph is perhaps the most relevant, applying this method in detail in Corsica. The “sea” part of the proverb signifies easy access to vast waters from neighboring lands to Corsica, over vast waters. Until at least the third millennium BC, remnants of human occupation still exist on the island, including many dolmens, memoirs, and other megalithic monuments. The recorded history of Corsica dates back to 560 BC, when the Greeks from Fokia, Asia Minor, founded the city of Alalia on the east coast. The Romans, who created a colony of Alias, regarded Corsica as one of the most backward regions of the Roman world. The island made sheep, honey, resin, and wax and exported many slaves, not considered good because of their raging and rebellious character. During his 14-year reign (until 1769), Pauly led the Corsican in a great regeneration effort, repelled this, established a university and the printing press, and built the Corsican navy. However, in 1768 the desperate Janos sold their rights to France over Corsica, and French troops invaded the island in large numbers. In 1762 Jean-Jacques Rousseau wrote in his story, The Social Contract, that Corsica would one day surprise Europe. It was written seven years before Napoleon was born. Corsica became a province in France that same year. Corsica remained a French territory after the British (1794-96) and the Italian and Germans (1942-43), except for a brief period of occupation.