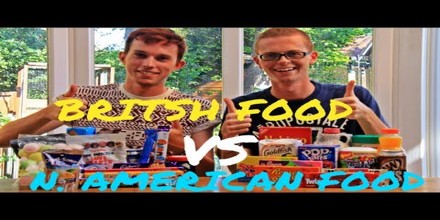 Americans eat three meals a day. In England the whole family eats together on Sunday. Sunday lunch is the important meal of the week in Britain. In America work and school schedules are made keeping the three meal system in mind. The Americans get hungry at the right time. People in Britain have their lunch outside the home. British people take three meals. There is a clear difference between the meals in Bangladesh and the meals in Britain. Eggs, sausages, bacon, tomato and mushrooms accompanied by toast with butter jam and marmalade are included in the traditional breakfast. Because of working or studying outside, people of Britain eat outside the home.

Most families in Britain have three meals a day. In a relaxed weekend morning they take traditional breakfast. On Sunday they eat cooked lunch with the whole family and it is most important to them. The Americans generally eat three meals a day and so they get hungry at the right time. Many food shops prepare food according to their food habits.