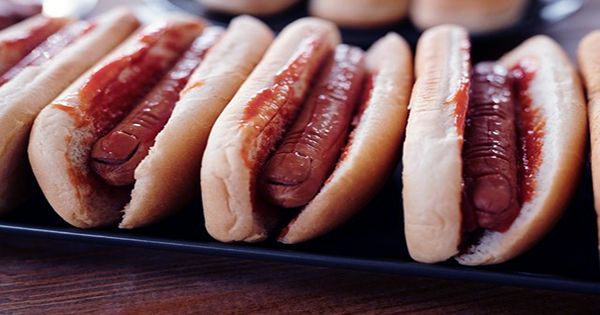 According to a new survey, a large number of 4 to 7-year-old youngsters in the United States think that hotdogs, hamburgers, and bacon are made from plants. A group of psychologists asked toddlers to categorize a variety of items, including cheese, french fries, bacon, popcorn, shrimp, almonds, and egg, in a study published in the Journal of Environmental Psychology. The results revealed many shocks, including the fact that 47 percent of the 176 people polled thought french fries were made from animals.

Cheese frequently misinterpreted as made from plants, with 44% of respondents erroneously recognizing its origin. Forty % thought bacon came from a plant (dreaming), and 40% stated the same about hot dogs. Even chicken nuggets, which are famous for having the word “chicken” in their name, are misdiagnosed as from plants 38% of the time. “Popcorn and almonds were also often misclassified [as animal-based], with over 30% of youngsters misclassifying each,” the researchers wrote in their findings.

The researchers looked at what animals and plants the youngsters thought could and could not eat, as well as their understanding of food sources. There appears to be some misunderstanding regarding what is and does not edible, with the majority of people believing that cows (77 percent), pigs (73 percent), and poultry (65 percent) are inedible. Only 1% of people thought sand was edible, compared to 5% who thought cats were a sort of food.

The study reveals that kids are many dietary misunderstandings at this age, but the researchers feel it may be an opportunity. “Most children in the United States ingest animal products,” the researchers stated in its discussion, “but unlike adults who have developed an arsenal of tactics to rationalize the eating of animals, youngsters appear to be naive meat-eaters.” “According to the current study, youngsters eat meat unwittingly, maybe as a result of prejudice towards animals as a food source. Childhood may thus constitute a once-in-a-lifetime window of opportunity for establishing lifelong plant-based diets, as opposed to later in life.”

The researchers believe that part of the lack of awareness is due to parents suppressing information about where meat comes from their children because they believe it is too terrible for them to understand at such a young age. “Rather than dealing with the inconvenience of cooking multiple meal options or confronting the emotions that may arise from learning that the bacon on their child’s plate was once a living, breathing pig, some parents avoid the truth entirely by using ambiguous terminology that could have long-term consequences for their children’s eating habits.”

The team argues that by being more honest about food sources (for example, explaining to kids how sausage is created) and giving more meat alternatives, children will naturally gravitate towards plant-based meals. The team states, “At the household level, youth climate advocacy may begin at the dinner table.” “Children would also be acting in accordance with their moral views of the environment if they refrain from eating items that contravene their ideas about animal welfare. Children’s ethical eating habits may influence their parents’, in addition to minimizing their own carbon footprints.”