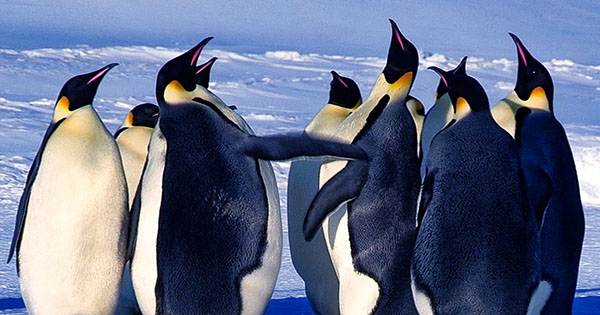 A brand-new pair of orthopedic shoes have given Lucas, a four-year-old African penguin, a fresh lease on life. Thera-Paw, a firm that specializes in animal rehabilitation products, created the boots to let Lucas walk about his San Diego Zoo habitat in comfort and, of course, fashionably.

It’s safe to say that Lucas’ new kicks will make the African penguin colony envious, but they’ll also serve to keep his feet and ankles safe while he goes about his daily penguin business.

Due to a spinal cord illness that rendered him unable to stand on his toes and damaged the muscles in his legs, Lucas has had a degenerative foot problem for the past three years. Bumblefoot is a condition that affects a lot of birds, rats, and rabbits and causes irritation to the feet. This can range from minor redness to abscesses, and if untreated, can make an animal susceptible to sepsis and other potentially fatal secondary infections.

Thera-Paw and San Diego Zoo staff members are hoping that Lucas’s neoprene and rubber boots would assist to protect the sores already present on his feet and stop him from getting any more.

Dr. Beth Bicknese, the senior veterinarian at the San Diego Zoo, said in a statement: “I’ve known Lucas for a very long time, so being able to give him an opportunity to live a normal life brings a smile to my face. The boots are cushioned and Velcroed in place so that Lucas may fully participate in the colony and demonstrate activities that are more usual for a penguin, like climbing the rocks, swimming, nesting, and finding a good partner.

The zoo’s wildlife care experts said it appears like they are already at work. The team has seen improvements in Lucas’ stride, posture, balance, and ability to handle the rocky terrain of his habitat after the boots were fitted. The unlucky penguin seemed to have rediscovered his mojo.

After we fitted Lucas with his new boots, “we were pleasantly amazed at the rapid transformation in Lucas,” stated Debbie Denton, senior wildlife care specialist at the San Diego Zoo. We have hope that he will be OK moving ahead and be able to live a complete life after seeing him move about now.

Not only Lucas, but other animals also benefit from accessorizing. Who could forget the celebrity cetacean with a prosthetic tail or the giraffe with specialist leg braces? Additionally, we’ve seen metal paws, prosthetic bills produced to order, and vulture bionic limbs. Lucas apparently isn’t just fashionable; he’s also in good company.

The Medieval Monarch Who Ate So Many Lampreys He Died