Human connections are a key factor in people’s physical and mental health. A new study shows a kind of brain signature of lonely people that makes them distinct in fundamental ways, based on variations in the volume of different brain regions, as well as on how these regions communicate across brain networks. However, the impacts of COVID-19 and the need for physical distance make it difficult to avoid feelings of isolation.

This holiday season will be a lonely one for many as social distances due to COVID-19 persist and it is important to consider how loneliness affects our wellbeing. Recent research reveals a kind of brain signature of lonely individuals that makes them unique in essential ways, depending on differences in the number of various brain regions, as well as on how those regions interact through brain networks. This network is correlated with thought mechanisms, including the ability to recall, visualize, and prepare for various points of time.

A large study shows changes in the brain scans of lonely people in the area involved in imagination, memory, and daydreaming. Brain images from people experiencing loneliness show distinct features within certain neural regions, suggesting that those who feel lonely may be able to fill their desire for human connection by imagining social contexts and interactions.

A survey of 40,000 participants found unique signatures in lonely people’s brain scans. A team of researchers looked at magnetic resonance imaging (MRI) results, genetics, and psychological self-assessments of approximately 40,000 middle-aged and older adults who volunteered to have their knowledge included in the UK Biobank: an open-access database accessible to health scientists around the world. They then contrasted the MRI results of participants who frequently reported feeling lonely with those who did not. 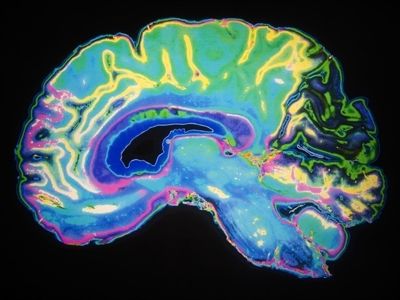 Researchers have found many variations in the minds of lonely people. Researchers gathered initial data for their research using a self-assessment questionnaire on isolation, along with genetic and lifestyle influences. These brain manifestations were based on what is considered the default network: a collection of brain regions engaged in inner emotions, such as reminiscence, future planning, dreaming, and worrying about others. Researchers observed that default networks of lonely people were more closely connected together, and interestingly, their amount of gray matter in default a network region was higher. Loneliness also correlated with differences in the fornix: a bundle of nerve fibers that carries signals from the hippocampus to the default network. In lonely people, the structure of this fiber tract was better preserved.

When we consider the past, dream about the future, or think about a potential today, we use the default network. The reason that the form and role of this network are positively correlated with depression may be due to the fact that isolated individuals are more likely to use imagination, past experiences, or expectations for the future to alleviate their social isolation.

Loneliness is increasingly recognized as a significant health concern, and previous findings have found that elderly people who feel loneliness are at greater risk of cognitive loss and dementia. Understanding how isolation expresses itself in the brain may be crucial to avoiding neurological disorders and designing better drugs.

Humans stimulate this region of the brain by remembering past experiences or daydreaming about possible scenarios, which describes how people might seek satisfaction when faced with loneliness. Lead research author Nathan Spreng speculates that isolation contributes to increased knowledge of one’s inner feelings, which in turn activates the function of the mind.

Dentures can have an Impact on a Person’s Nutrition