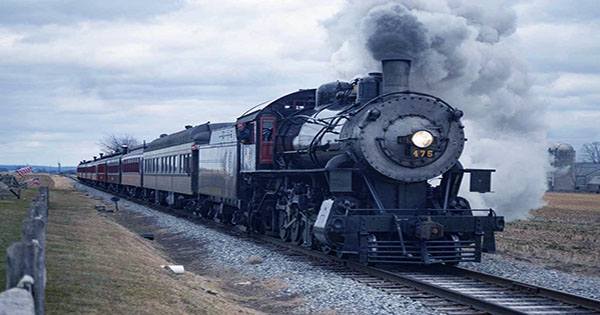 With each new, world-changing technology, a moral panic ensues. Luddites broke mechanical looms when they were invented, thinking (rightly) that they would lead to unemployment. People believed that when Alexander Graham Bell invented the telephone, it might convey evil spirits or put an end to face-to-face socializing, as we know it. People were also concerned that if the train reached certain speeds, women’s uteruses would blast out of their vaginal openings. Yes, it is like a vaginal “reverse Speed” scenario.

Of course, it is understandable that people were concerned about new technology that hurtle you over the earth at speeds of up to 16 kilometers per hour, given that for millennia individuals could only hope to make it from Londinium to Ierusalem in 53.5 days (10 miles per hour). “The immense velocity (for some rash speculators had hinted at a speed of [32 km/h] twenty miles per hour) was fraught with danger to the respiration, and the carbonic acid generated by the fuel when passing through long tunnels would inevitably produce suffocation by the destruction of the atmosphere,” wrote the Lancet a few years later.

They imagined a period when “boiling and maiming were to be everyday occurrences,” which is a lot more dramatic than the reality of trains arriving late and with no seats available. However, considering that you were dealing with the far more serious matter of your uterus sliding out of your vagina, you probably would not be very bothered when the boiling and maiming occurred. People believed that if trains went faster than 80 km/h (50 mph), “uteruses would shoot out of [their] bodies as they were driven to that speed,” according to cultural anthropologist Genevieve Bell of the Wall Street Journal TECH. Something you would have noticed if it existed during your commute.

Though we couldn’t find a reference to the specific speed mentioned above, it appears that even doctors at the time had concerns about women’s bodies (likely tainted by a large helping of sexism), including the possibility that her uterus would shift around and dislocate if she traveled by boat or train just before her period.

The Case for Funding Fusion