Home Economics Reduction of tariffs and barriers could prevent hunger 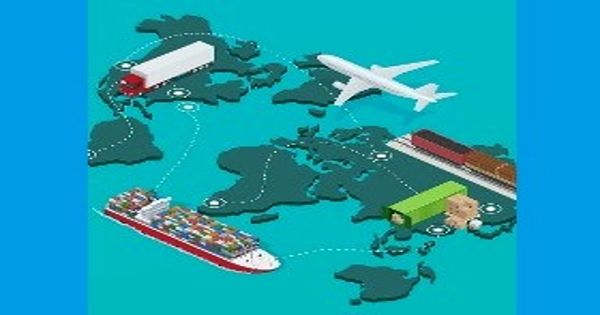 International trade can compensate for regional food shortages and reduce hunger, particularly by eliminating protectionist measures and other barriers to trade, according to new research. Researchers from KU Leuven, the International Institute of Advanced Systems Analysis (IIASA), and RTI International studied the impact of trade on world poverty as a result of climate change. The inference is clear: foreign trade will compensate for regional food scarcity and alleviate poverty, in particular by removing protectionist policies and other barriers to trade.

Free trade can prevent hunger caused by climate change. An international team of researchers investigated the effects of trade on hunger in the world as a result of climate-induced crop yield changes. Under the current level of trade integration, climate change would lead to up to 55 million people undernourished in 2050.

The study points to tariffs as a significant obstacle to international food trade. Logistics is also an obstacle in some nations. Roads are often in bad repair and ports are not designed to load and unload big container ships, the researchers say.

Climate change has implications for agriculture around the world, with clear variations between countries. Under the present stage of trade integration, climate change will contribute to up to 55 million undernourished people in 2050. Expectations are that adequate food may remain available in the Northern Hemisphere, but in regions such as sub-Saharan Africa or South Asia, declining crop yields will contribute to higher food prices and a dramatic increase in hunger. Without trade adaptation, global effects on climate change will rise to an additional 73 million people undernourished (+33 percent), while decreases in tariffs and other obstacles will minimize the negative effect on 20 million people (-64 percent) according to the report.

Further liberalization of world trade will ease these geographical differences: “If regions like Europe and Latin America, for example, where wheat and corn thrive, increase their production and export food to regions under heavy pressure from global warming, food shortages can be reduced,” says Dr. Charlotte Janssens. “It sounds quite obvious, but there are many barriers that complicate this free trade.”

Export tariffs are a significant obstacle to foreign trade in food goods. They raise the cost of importing basic food crops such as wheat, maize, or rice. Approximately one-fifth of the worldwide output of these crops is traded globally. Which makes successful trade agreements very relevant in the war against hunger. Professor Miet Maertens explains: “At the beginning of the 21st century, we saw a significant liberalization of the world economy, which caused the average import tariffs on agricultural goods in Europe, Sub-Saharan Africa, and South Asia to decline by a third. Our study indicates that this liberalization makes global food markets less vulnerable to climate change.

In addition, there are other obstacles as well. The logistics factor is a stumbling point in certain nations. Roads are often weak or ports are not designed to load and unload huge cargo ships. Countless complex trading processes will push up the cost of a trade. “A global food strategy must go hand in hand with improvements to trade infrastructure,” says Charlotte Janssens.

The international study team, composed of scientists from KU Leuven, IIASA, and RTI International, among others, makes suggestions based on 60 scenarios. They have taken into account various ways of trade action, along with climate change ranging from 2 to 4 degrees of Earth warming. The future for each case was set in 2050. “Under the current barriers to trade, the worst-case climate scenario of 4-degree warming will lead to an extra 55 million people enduring hunger compared to the situation without climate change. If vulnerable regions cannot increase their food imports, this effect will even rise to 73 million,” Janssens claims. Where barriers to trade are reduced, ‘only’ 20 million people will face food shortages as a result of climate change. In more moderate climate scenarios, intense trade liberalization could also deter more people from experiencing starvation as a result of climate change.