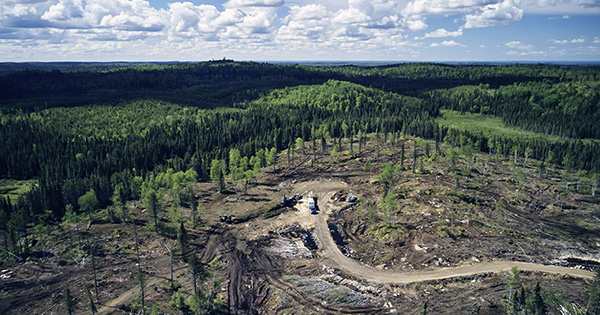 The Amazon rainforest is falling into a dangerous tightrope. According to a major new study published in the journal Nature, deforestation and climate change seem to be pushing the Amazon to a critical tipping point, with significant portions of the world’s largest tropical rainforest now emitting more carbon than it exploits. Over the past few years, several scientists have been debating and speculating whether parts of the Amazon have flipped this horror. As they suspected, the new study confirms their concern that some of the precipitation no longer protects against climate change and actually contributes to greenhouse gas emissions.

The new study, led by Brazil’s National Institute for Space Research and the U.S. National Oceanic and Atmospheric Administration (NOAA), looked at aircraft observations of carbon dioxide and carbon monoxide concentrations in the troposphere – from the lowest level in the Earth’s atmosphere in 2010 to the highest in the atmosphere. Their research shows that the southeastern Amazon has now moved away from being a net carbon emitter, substantially converted from a pond as a source of carbon.

John Miller, the study co-author and a scientist with NOAA’s Global Monitoring Laboratory explained in a statement, “Using CO2 (carbon dioxide) measurements for nearly 10 years, we found that the more forested and climate-prone eastern Amazon, especially in the southeast, is free of CO2 in the atmosphere, especially as a result of the fire.” “Oysters, on the other hand, were more intact. The western and central Amazon was not carbon sinks or sources of atmospheric CO2, the emissions from the fire were absorbed by balanced healthy forests.”

One of the main reasons for the change in the so-called “lungs of the planet” is the forest. Precipitation works to drown carbon by “successfully” absorbing carbon dioxide from the environment and using it for photosynthesis. Carbon is separated by plants and stored as biomass. Large amounts of carbon dead organic matter are also stored in soils such as plant decay.