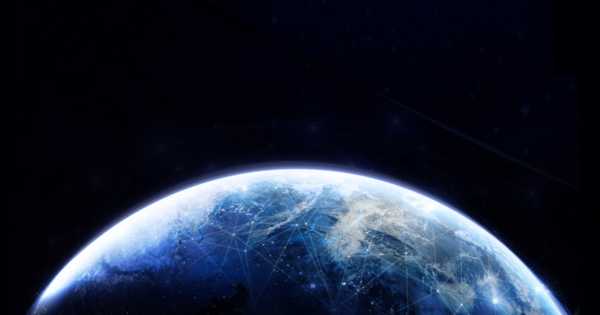 The UN’s Intergovernmental Panel on Climate Change (IPCC) has issued a new report warning that “fire weather” will most likely increase by 2050 in North America, Central America, parts of South America, the Mediterranean, southern Africa, North Asia, Australia, and New Zealand. This means that there will be more days where the conditions are warm, dry, and windy enough to start and sustain wildfires.

It’s no secret that our planet is on fire, both literally and metaphorically. In fact, some wildfires have grown so large that they can now be seen from space, providing an unfortunate glimpse into what may be our impending doom.

During a recent phone call with Insider, NASA astronaut Megan McArthur described the perilous experience of being stationed on the International Space Station while the Earth below is in turmoil. “We have been very saddened to see fires over vast areas of the Earth, not just the United States,” McArthur told the outlet. She also used the occasion to call for action.

Satellite images show vast areas of the planet engulfed in clouds of smoke of astronomical proportions, stretching from Siberia to Greece and Spain and all the way to the Pacific Northwest. According to the IPCC report, the concentration of carbon in the atmosphere in 2019 was higher than at any time in at least 2 million years. Methane and nitrous oxide concentrations, which are more potent greenhouse gases than carbon dioxide, were higher than they had been in at least 800,000 years.

Astronauts can see other signs of climate change as well: “Big tropical storms — those are always coming, and potentially the flooding that follows,” McArthur said. “From up here, we can see all of those effects.”

Future astronauts will most likely see even more of this. According to the IPCC report, the combination of extreme events such as heavy rainfall and hurricane-caused storm surge, combined with rising seas, will make flooding more likely in the coming decades.

Satellite images show vast areas of the planet engulfed in clouds of smoke of astronomical proportions, stretching from Siberia to Greece and Spain and all the way to the Pacific Northwest. This year, Turkey has been particularly hard hit, as evidenced by videos of vacationers clearing beaches while fires rage in the background.

Some, such as the Bootleg Fire in Southern Oregon, are so massive that they are causing their own bizarre weather patterns. The United States is even having difficulty recruiting enough firefighters. The UN’s Intergovernmental Panel on Climate Change (IPCC) issued a shocking report last week declaring “code red for humanity.” To witness that demise from several hundred miles above the Earth’s surface must have been shocking, to say the least.