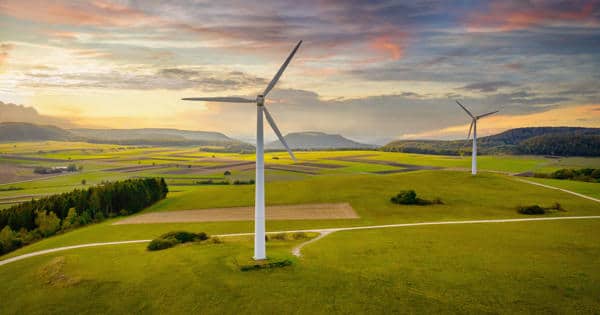 According to a survey of the world’s foremost wind power experts conducted by Lawrence Berkeley National Laboratory (Berkeley Lab), technological and commercial advancements will continue to drive down the cost of wind energy. Experts predict cost savings of 17 percent to 35 percent by 2035 and 37 percent to 49 percent by 2050, owing to larger and more efficient turbines, lower capital and operating costs, and other advancements. The findings are detailed in a paper published in the journal Nature Energy.

The study summarizes the findings of a global survey of 140 wind experts on three different wind applications: onshore (land-based) wind, fixed-bottom offshore wind, and floating offshore wind. Future costs for all three types of wind energy are expected to be half of what experts predicted in a similar Berkeley Lab study in 2015. The study also revealed information about the potential magnitude and drivers of cost reductions, anticipated technology trends, and grid-system value-enhancement measures.

Technology and commercial advancements are expected to continue to drive down the cost of wind energy, according to a new survey. Experts anticipate cost reductions of 17%-35% by 2035 and 37%-49% by 2050, driven by bigger and more efficient turbines, lower capital and operating costs, and other advancements.

“Wind has seen accelerated cost reductions in recent years, both onshore and offshore, rendering previous cost projections obsolete. A current assessment of the energy sector is required “Ryan Wiser, a senior scientist at Berkeley Lab, agreed. “Our ‘expert elicitation’ survey supplements other methods for assessing cost-cutting potential by shedding light on how cost savings might be realized and clarifying the significant uncertainties in these estimates.”

In January, President Biden signed an Executive Order aimed at maximizing offshore wind potential, and he has identified wind power as a critical component of the country’s renewed efforts to combat climate change. Renewable energy sources such as wind and solar will be critical in efforts to achieve net-zero carbon emissions by the mid-century.

Significant cost-cutting opportunities exist, but they are accompanied by uncertainty. Experts predict 17 percent -35 percent reductions in the Levelized Cost of energy by 2035 and 37 percent -49 percent reductions by 2050 across the three wind applications studied, based on a “best guess” (or median) scenario. Leveled costs are useful for evaluating technological progress because they reflect the average cost of energy per unit of electricity output over the lifetime of an electricity plant. When comparing offshore wind to onshore wind, there are greater absolute reductions (and more uncertainty) in the Levelized cost of energy, as well as a narrowing gap between fixed-bottom and floating offshore wind.

Despite the maturation of both onshore and offshore wind technology, there is significant room for further advancement, and costs could be even lower: experts predict a 10% chance that reductions will be 38 percent -53 percent by 2035 and 54 percent -64 percent by 2050. At the same time, there is uncertainty in these projections, as evidenced by the wide range of expert opinions and the “high cost” scenario, in which cost reductions are modest.

There are several cost-cutting drivers on the horizon, including larger turbines. The Levelized cost of energy is influenced by five major factors: initial capital cost, ongoing operating costs, capacity factor, project design life, and financing cost. Experts predict continued progress in all dimensions, with the relative contribution varying depending on the wind application. “Forecasts that only consider capital cost improvements will capture, at best, about 45 percent of the cost reduction opportunity,” said study co-author Joe Rand, also of Berkeley Lab.

According to experts, turbine size is a key driver in these improvements. Onshore wind capacity is expected to grow not only in terms of generator ratings (to 5.5 MW on average in 2035, up from 2.5 MW in 2019), but also in two other factors that increase capacity: rotor diameters and hub heights. Offshore wind turbines are expected to grow in size, with an average capacity of 17 MW in 2035, up from 6 MW in 2019. Floating offshore wind is expected to gain market share, surpassing its current pre-commercial status and accounting for up to 25% of new offshore wind projects by 2035.

Implications for Wind Energy’s Future Wind energy has grown quickly, but its long-term contribution to energy supply is contingent on future costs and value. According to the new study, cost reductions have accelerated in recent years, faster than most forecasters predicted and faster than historical rates of decline. The experts polled predict future reductions and increased use of value-enhancement measures for both onshore and offshore wind.

“All else being equal, these trends will enable wind to play a larger role in global energy supply than previously thought while facilitating energy-sector decarbonization,” concluded Berkeley Lab co-author Joachim Seel. “Analysts, investors, planners, and policymakers should avoid making assumptions and forecasts that are no longer valid.” At the same time, as documented in the study, there are significant uncertainties in the magnitude of future cost reductions, highlighting the importance of incorporating uncertainty considerations into modeling and policy, planning, investment, and research decisions.