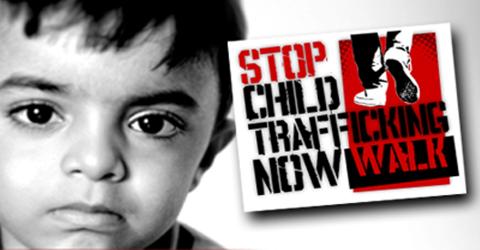 Child trafficking means transportation or harboring of a child from one country to another. It is a heinous crime, a barbarous act that the civilized world has ever known. The traffic or trade of children is characterized by the recruitment, transport, transfer, and housing of any person by different methods.  It may also involve resorting to force or any other forms of restraint, through kidnapping, deceit, fraud, as well as the abuse of authority. Some criminal groups are involved in trafficking children and making money. They procure children in various ways. Sometimes they tempt the children’s poor parents to send them abroad and get more money. Sometimes they maintain a linkage with the kidnappers and buy children. They can sell these children abroad with a very high profit. The trafficked children fall a victim to exploitation of various forms. Sometimes they are used as camel jockeys. Sometimes they are used as slaves in the household and become a victim of domestic violence. Sometimes they become a victim of sexual abuse. Sometimes they become a victim at the hands of such cruel traders who kill their for humor awns.

Undoubtedly, child trafficking is a violation of child right, the worst form of exploitation and a crime against humanity. Regretfully, although child trafficking is an illegal trade, this goes on in almost every country. In a statistics taken by UNO it has been found that 1.2 million children are being trafficked every year. This global problem should be solved globally. The developed countries must not buy children from the poorest countries. Any sort of violence to children must be stopped. Child labor must be stopped.

The city of Johannesburg