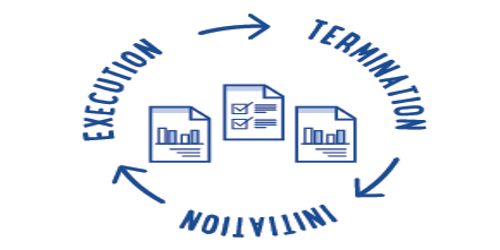 Project Termination is a situation when a given project is supposed to be closed or finalized because there’s no more need or sense for further continuation. It is managed under a respective procedure that requires the management team to examine the current state of the project work, review prowess of goals and objectives, evaluate the project against success criteria, and check status or deliverables.

Varieties of project termination: There are four fundamentally different ways to close out a project extinction, addition, integration, and starvation.

The project is stopped. It may and because it has been successful and achieved its goals; the new product has been developed and handed over to the client, or the software has been installed and is running.

This method of terminating a project is the most common way of dealing with the successful project, and the most complex. The property; equipment, material, personnel and functions of the project are distributed among the existing elements of the parent organization. The output of the project becomes a standard part of the operating systems of the patent, or the client.

There is a fourth type of project termination although strictly speaking, it is not a “termination” at all. It is slow starvation by a budget decrement. Almost anyone who has been involved with projects over a sufficient period of time to have covered a business recession has had to cope with budget cuts.

Therefore, we emphasize again that it is vital to run the regular project closure procedures for a project we have to terminate. As such, adequate project termination marks successful project management.