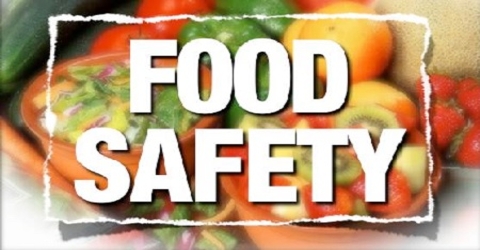 Foods are the most important thing to preserve our health. We eat food to maintain good health. But ill the foods are unsafe; it becomes a threat to our lives. Unsafe food causes many acute and life-long diseases, ranging from diarrhea diseases to various forms of cancer. WHO estimates that food borne and waterborne diarrhea diseases taken together kill about 2.2 million people annually, 1.9 million of them children.

Food borne diseases and threats to food safety constitute a grown in public health problem and WHO’s mission is to assist Member States to strengthen their programmes for improving the safety of food all the way from production to final consumption.

The contamination of food by chemical hazards is a worldwide public health concern and is a leading cause of trade problems internationally. Contamination may occur through environmental pollution of the air, water and soil, such as the case with toxic metals, PCBs and dioxins, or through the intentional use of various chemicals, such as pesticides animal drugs and other agrochemicals.

Since 1976, WHO has implemented the Global Environment Monitoring System-Food Contamination Monitoring and Assessment Programme (GEMS/ Food), which has informed governments, the Codex Alimentarius Commission and other relevant institutions, as well as tie public, on levels and trends of contaminants in food, their contribution to total human exposure and significance with regard to public health and trade.

Food additives and contaminants resulting from food manufacturing and processing can also adversely affect health. Sound scientific risk assessment to define exposure levels of no health concern for such chemicals form the basis for national a international food sates standards.

In many countries, responsibility for food safety is divided among several agencies with overlapping authority. This situation has led to a disjointed strategy for the protection of human health from food borne disease. Following the lead of a number of developed countries, the Department of Food Safety and Zoonoses (FOS) is working to transfer the technology for an integrated production-to-consumption approach to food safety to Member States. This approach will offer significant increases in efficiency, while providing a coordinated strategy for the mitigation of food borne disease. Such an approach relies mainly on the Hazard Analysis Critical Control Point System (HACCP), which has been advocated by WHO for nearly 20 years.

In fine, we can say that we need safe foods to maintain a good health. The government and other concerned agency should take positive steps to ensure safe foods for human being. If it is ensured, the average life time of people will increase to a great extent.

Are One in Every 200 People Related to Genghis Khan?