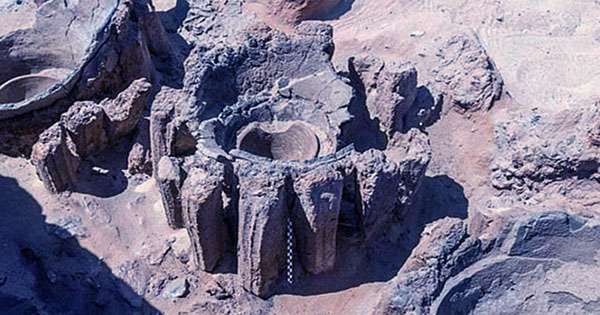 Archaeologists have unearthed a 5,000-year-old beer factory in an ancient Egyptian cemetery, revealing what could be the world’s oldest mass-producing wine. Announcing the search on its Facebook page, the Egyptian Ministry of Tourism and Archeology explained that the facility was able to produce 22,400 liters (5,917 gallons) of beer at a time, and that the mixture could used during sacrifices. The facility found in the ancient city of Abydos, an archeological hot spot famous for its many cemeteries, temples and monuments to the Egyptian god of Osiris, the underworld. The statement said, “This brewery was created to provide the royal ceremonies that took place in this place, especially inside the tombs of the Egyptian kings.”

Mostafa Waziri, secretary general of the Supreme Council of Antiquities, said the factory probably dates back to the reign of Pharaoh Narmer, who ruled in 3100 BC and generally credited the unification of upper and Lower Egypt and the establishment of the first dynasty. According to the vizier, the facility consists of “eight large sections,” 20 meters (65.6 feet) long and 2.5 meters (8.2 feet) wide, 0.4 meters (1.3 feet) long. In each of these sectors, “there are about 40 earthen ponds in two rows,” and water and grain heated in these basins to make beer. Excavations at the funeral facility in Abydos have provided evidence of the official use of beer, and British archaeologists in the early twentieth century proposed to build the first brewery on the site. However, at an early stage explorers were unable to determine the exact location of the factory, “the current expedition was able to re-identify and discover it and its contents.”

Abydos is located about 450 kilometers (260 miles) south of Cairo and has a number of statues and fun rooms, including the first temple of Seti and the second temple of Ramses although this claim cannot verify. Many of the advantages of producing small-sized beers estimated at the Abydos factory were previously discovered, a 13,000-year-old site used by prehistoric cave dwellers in present-day Israel.