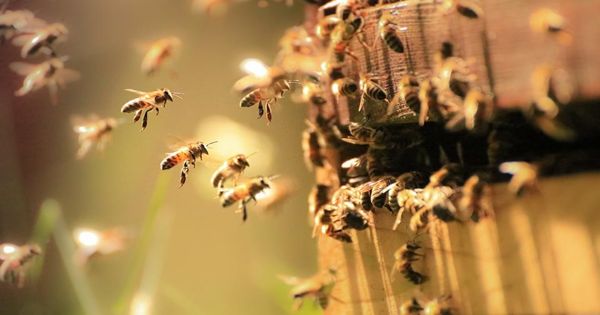 Scientists investigate pollinators from both an economic and ecological standpoint, providing much-needed insight into the complexities of pollination valuation. This recent collaboration emphasizes the importance of characterizing the economic value of pollination services, including those provided by managed and wild pollinators, for the long-term viability of honey bee markets as well as the protection of overall ecosystem health.

A new review paper co-published by the University of Maryland (UMD) in the Annual Review of Resource Economics examines pollinators from both an economic and ecological perspective, providing much needed insight into the complexities of valuing pollination. Pollinators are not only necessary for a healthy ecosystem, but they are also required to produce certain foods and increase crop yields. While native and wild pollinators (such as certain bee species, other insects and animals, or even the wind) continue to play an important role, managed honey bee colonies are commercially trucked across the United States to meet the demand for pollination services in agricultural products.

Recent reports of parasites, disease, and other problems in colonies call into question the viability of managed honey bee rental markets, as well as how managed bees interact with native pollinators. This recent collaboration with the University of California, Santa Barbara (UCSB) and the University of North Texas (UNT) emphasizes the importance of characterizing the economic value of pollination services, including those provided by managed and wild pollinators, for the long-term viability of honey bee markets as well as the protection of overall ecosystem health.

“Many people don’t realize that honey bees are not native to the U.S., or that they are actually a form of agricultural livestock rented out largely for their pollination services,” says Erik Lichtenberg, professor in Agricultural and Resource Economics at UMD.

“Traditionally, bees were raised for honey, but today, pollination services account for the majority of commercial beekeeper income, with honey serving as a secondary product. Agriculture is always a part of an ecosystem, and we usually think about the managed parts without considering the ecosystem parts. However, when we consider resilience and factors such as climate change, which is altering the ecosystem, we must consider the parts that we have previously ignored. It is critical to gain a more comprehensive understanding of pollinator health and the true resilience of the rental market.”

Researchers have historically struggled to value pollination services, owing to the many complex inputs into the system such as wind, native versus managed pollinator interactions, weather, and even bee quality or health due to emerging diseases and invasive pests such as varroa mites – in addition to inputs provided by farmers. With these complexities in mind, Erik Lichtenberg collaborated with Kathy Baylis, economist, and professor of geography at UCSB, and Elinor Lichtenberg, an ecology professor at UNT, to conduct an interdisciplinary review of pollination economics.

Elinor Lichtenberg studied biology at UMD and also worked in entomology for a year with Daniel Gruner and Dennis vanEngelsdorp. Baylis also works with vanEngelsdorp and the Bee Informed Partnership (BIP), a UMD-led nonprofit organization that has been conducting a nationwide annual survey to assess managed honey bee health and colony loss since 2006.

“Colony collapse disorder was big in the media in 2006 when beekeepers started seeing so many of their bees dying that people wanted to know why,” Baylis explains. “With our increased reliance on managed honey bees for pollination, it has raised serious concerns about the system’s resilience, or lack thereof. As it turns out, the pollination market and associated fees are highly responsive to colony health, and beekeepers have so far been able to meet that demand. The price signals are working, but there are still a lot of things that aren’t fully priced in. As a result, a significant portion of this paper focuses on the connections where we know things are being captured and the values that aren’t being captured but should be.”

Erik Lichtenberg continues, “When it comes to the resilience of the system of migratory managed pollination services, much of it remains hidden. We can see the tip of the iceberg, but we can’t see what’s beneath the waterline, so we’d like to send our analytical submarine down there to investigate.”

At the moment, the system involves a migration route similar to that of farmed labor. Managed honey bee colonies begin the year in central California pollinating almonds, plums, prunes, and other early blooming crops before slowly migrating north to pollinate later blooming crops such as apples, cucumbers, squash, and even pumpkins.

The path ascends to the Pacific Northwest, where the bees “summer” in the Northern Plains region to forage and recharge. As agriculture has become more specialized and mechanized, with less habitat for native pollinators and increased consumer demand for insect-pollinated crops, this system has become increasingly important. However, as the researchers explain, there is a lot about the system that we don’t understand.

“When problems like colony collapse disorder arise, it feels to me like we’re always trying to attach bandages to different parts of the dike wherever we see a crack without necessarily seeing the whole,” Baylis says. “And that’s a big part of the purpose of the paper, to try to sketch out what the whole thing might look like.”

The protection of forage lands and habitat for native and managed honey bee colonies, how to manage the surrounding landscape to optimize pollination services and pollinator health, and understanding the interactions between wild and managed pollinators are some of the biggest unknowns identified. Interactions can be positive, such as native pollinators reaching higher branches in high winds while honey bees stay on lower branches, or negative, such as disease spread from managed to wild pollinators. All of these factors are especially significant when weighing the costs and benefits of preserving wild pollinator habitat.

“Both economists and ecologists recognize the importance of putting an economic value on inputs such as clean water, clean air, biodiversity, and natural pollination, because these natural products that aren’t bought and sold in the market otherwise have a default value of zero,” says Baylis. “We all know that is incorrect, so hopefully this will bring it to light. We’ve identified a lot of gaps here, and it’s important not just for bees, but also for issues where one part of the ecological system is managed and monetized while another isn’t. This refers to how we can create a system that is responsive, resilient, and long-lasting.”

Erik Lichtenberg continues, “We’re excited about the follow-up work we’ve identified. There is a lot of interesting work to be done in this field, and we hope that this review inspires people to think creatively about some of the issues we’ve raised.”

His Majesty Elon the First, Technoking of Tesla

What is Political Science?