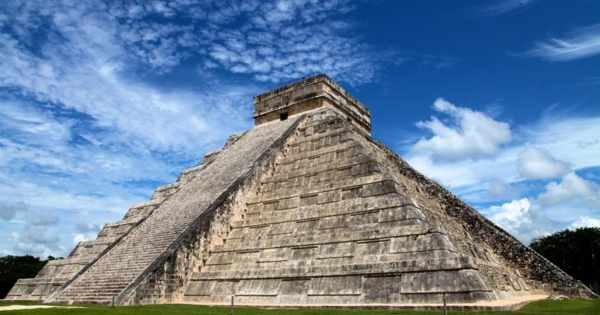 A new study found that the Maya population in the lowland city of Itzan (in modern-day Guatemala) fluctuated over time in response to climate change. According to the findings, both droughts and extremely wet periods resulted in significant population declines.

According to a McGill-led study, the size of the Maya population in the lowland city of Itzan (in modern-day Guatemala) varies over time in response to climate change. The findings, which were recently published in Quaternary Science Reviews, show that both droughts and extremely wet periods resulted in significant population declines.

These findings are based on a relatively new technique that involves examining stanols (organic molecules found in human and animal feces) collected from the bottom of a nearby lake. Stanol measurements were used to estimate population size changes and to see how they matched up with information about climate variability and vegetation changes gleaned from other biological and archaeological sources.

A new study has shown that the size of the Maya population in the lowland city of Itzan varied over time in response to climate change. The findings show that both droughts and very wet periods led to important population declines.

Using the technique, the researchers were able to track major Maya population changes in the area beginning 3,300 years ago (BP). They were also able to identify shifts in settlement patterns that occurred over hundreds of years and were linked to changes in land use and agricultural practices.

They also discovered that the land had been settled earlier than archaeological evidence had previously suggested.

Faecal stanol evidence suggests that humans were present on the Itzan escarpment about 650 years before archaeological evidence confirms it. It also demonstrates that the Maya remained in the area, albeit in smaller numbers, after the so-called “collapse” between 800-1000 AD, when it was previously assumed that drought or warfare caused the entire population to desert the area. There is additional evidence of a large population spike around the same time as a historical record of refugees fleeing the Spanish attack on the last Maya stronghold in the southern Maya lowlands (Nojpeten, or modern-day Flores in Guatemala), which was previously unknown.

Ground inspection and excavation have traditionally been used to estimate ancient population size in the Maya lowlands. Archaeologists locate, map, and count residential structures, and excavate them to determine dates of occupation, in order to reconstruct population dynamics. They compare population trends on a local and regional scale. They then reconstruct the ecological changes that occurred at the same time using techniques such as pollen analysis and indicators of soil erosion into lakes.

“This research should help archaeologists by providing a new tool to look at changes that might not be seen in the archaeological evidence because the evidence may never have existed or may have been lost or destroyed,” said Benjamin Keenan, a Ph.D. candidate in McGill’s Department of Earth and Planetary Sciences and the paper’s first author. “Because of the tropical forest environment, the Maya lowlands are not very good for preserving buildings and other records of human life.”

Maya population size affected by both droughts and wet periods

The faecal stanol from the Laguna Itzan sediment confirms that the Maya population in the area declined due to drought three times: between 90-280 AD, 730-900 AD, and the much less well-studied drought between 1350-950 BC. The researchers also discovered that the population declined during a very wet period from 400 to 210 BC, which had previously received little attention. The population decline in response to both dry and wet periods demonstrates that climatic effects on population occurred at both climate extremes, not just during dry periods.

“It is important for society as a whole to understand that there were civilizations before us that were affected by and adapted to climate change,” said Peter Douglas, an assistant professor in the Department of Earth and Planetary Sciences and the paper’s senior author. “By linking evidence for climate and population change, we can begin to see a clear link between precipitation and these ancient cities’ ability to sustain their populations.”

The study also suggests that the Maya people may have adapted to environmental issues like soil degradation and nutrient loss by using techniques like applying human waste (also known as night soil) as a fertilizer for crops. This is supported by the presence of a low concentration of fecal stanols in lake sediment at a time when there is archaeological evidence for the greatest human populations. One explanation is that human waste was used as fertilizer on soils, and thus the stanols were not washed into the lake.

Egypt Doesn’t Have the Largest Human-Caused Pyramid on Earth