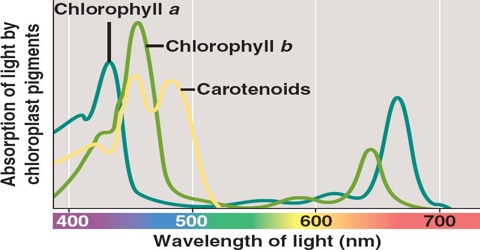 Chlorophyll pigment: Chlorophyll molecules and their concerned electron acceptors combinedly act as a unit. They become excited by absorbing sun light and take part in photosynthesis. These units are known as pigment systems or photo-systems.

Pigment systems concerned with photosynthesis are of two types:

What types of Membranes Found in Plants?

What is Root Pressure?