Home Biology What do you mean by C3 and C4 plant? 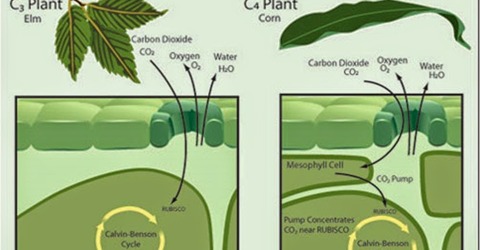 Two recognized paths are present in photosynthesis for the production of carbohydrate in the dark reactions. First one is Calvin and Bassham path way which occurs in C3 plants and second one is Hatch and Slack path way which takes place to C4 plants. C3 plants go through the Calvin cycle, taking in carbon dioxide through the leaves’ minuscule pores, called stomata. A C4 plant is a plant that cycles carbon dioxide into four-carbon sugar compounds to enter into the Calvin cycle.

Therefore, the whole plant kingdom can be divided into C3 and C4 plants on the basis of two paths of dark reaction. 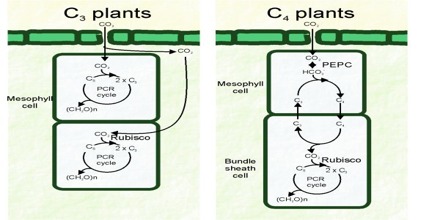 Difference between Starch and Cellulose