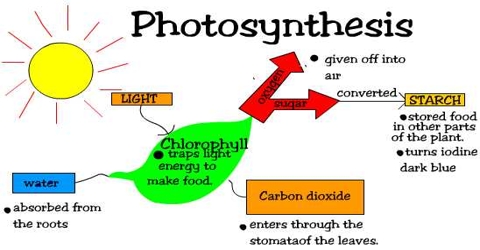 Photosynthesis is a bio-chemical process by which green plants, in presence of sun light and chlorophyll with the help of Carbon Dioxide and water, manufacture carbohydrate as a main product and oxygen as a by-product. It is the process by which plants, some bacteria and some protistans use the energy from sunlight to produce glucose from carbon dioxide and water. This glucose can be converted into pyruvate which releases adenosine triphosphate (ATP) by cellular respiration. 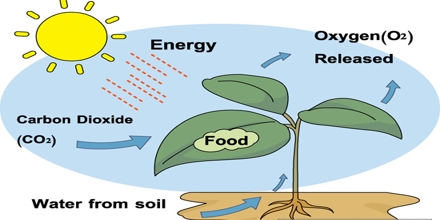 Explanation: The equation of photosynthesis can be explained in the following ways:

Which is the Main Organ for Photosynthesis and Why?