Phylum Mollusca is the second largest animal phylum (Figure). Molluscs are terrestrial or aquatic (marine or fresh water) having an organ-system level of organization. They are bilaterally symmetrical, triploblas tic and coelomate animals. Body is covered by a calcareous shell and is unsegmented with a distinct head, muscular foot and visceral hump. 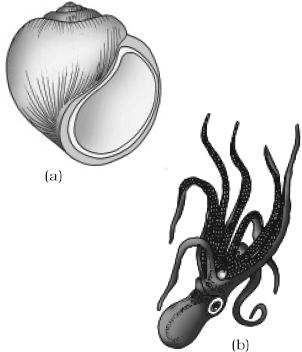 A soft and spongy layer of skin forms a man tie over the visceral hump. The space between the hump and the mantle is called the mantle cavity in which feather like gills are present. They have respiratory and excretory functions. The anterior head region has sensory tentacles. The mouth contains a file-like rasping organ for feeding, called radula.

They are usually dioecious and oviparous with indirect development.