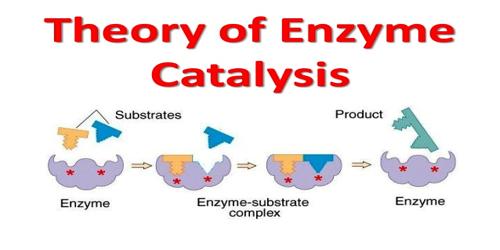 Many chemical reactions associated with living organisms are accelerated by a group of closely related substances called enzymes. Enzymes play a dominant role in biochemical reactions responsible for our digestion and metabolism of food stuff and thousands of other reactions taking place in our body every second. Enzymes are also important in a number of industrial processes like making wine and beer, manufacture of foods, pharmaceuticals, detergents etc. Enzymes are proteinous materials of complex organic structure having molecular masses of 10,000 or above. Many of them can now be obtained in pure crystalline forms. Enzyme catalysis is the increase in the rate of a chemical reaction by the active site of a protein.

Like other catalysts they influence the reaction rates when present in small quantity by providing an alternative path with lower activation energy. Many enzymes require the presence of other non-protein substance before they can function well. These are called coenzymes. They could be organic compounds or metal ions.

Some examples of enzyme catalysis are shown in the Table below:

Table: Some enzymes and their functions 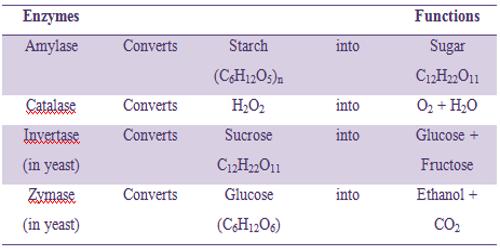 Adsorption Theory of Mechanism of Catalysis