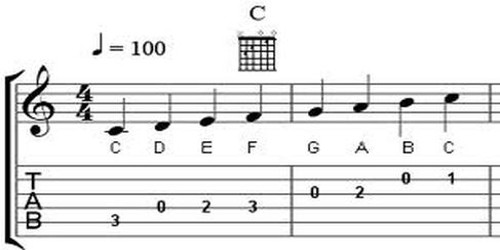 We know in a tone there exists low and high frequencies. A tone of lowest frequency is called key note. Values of tones of higher frequencies exist at fixed ratio of the key note. The highest frequency is the octave of key note. The simplest music consists of a succession of musical tones of the same or different pitches. Any succession of pitches can be chosen, but it is found that the effect is most pleasing when the ratio of the frequencies of succeeding tones is a ratio of small integers. If the frequencies are in the order of a fixed frequency and are sounded in succession then sweet musical sound is heard. Then we say that musical scale has been produced. Simplest musical scale is the diatomic scale.

Musical scale means the arrangements of tones of some fixed frequencies. 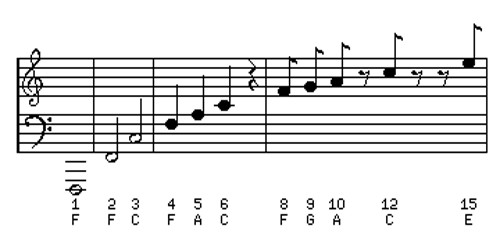 The tones which respond to our ears easily and become appropriate for our vocal, those tones are arranged in musical scale. It has been seen from experiment that if some tones of different frequencies are arranged which are multiples of a particular frequency of a tone, then unison is created. These types of similar tones are called musical scale. The key note of lowest frequency is called tonic or key note.