Crystalline solids exhibit an important property called conductivity. Conductivity is the property of a material by which it allows the flow of electric current. Conducting materials are generally classified into three types namely conductors, semi conductors and super conductors. 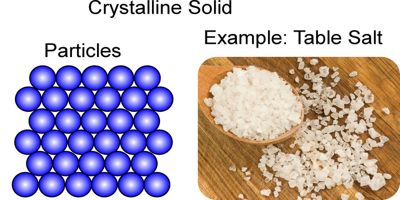 What is Standard Entropy?

When does Entropy Increase in a Process?