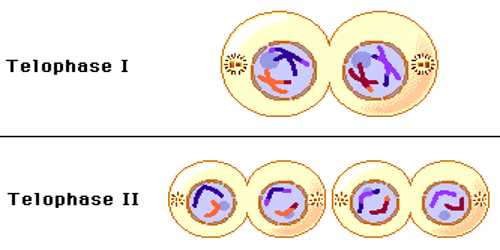 Telophase is the final phase of cell division, between anaphase and interphase, in which the chromatids or chromosomes move to opposite ends of the cell and two nuclei are formed. Daughter chromosomes take position at two opposite poles. It is the final stage of mitosis and of the second division of meiosis in which the spindle disappears and the nucleus reforms around each set of chromosomes. 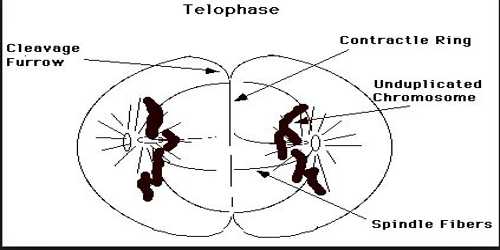 Telophase marks the end of mitosis. By this time, a copy of each chromosome has migrated to each pole. These chromosomes are surrounded by a nuclear membrane that forms at each pole of the cell while the cell is pinched in the middle (for animals) or divided by a cell plate (for plants). Chromosomes gradually take water and become elongated, thin and long. Nuclear membrane develops encircling the chromosomes. Nucleolus reappears at the secondary constriction of the Sat chromosome. Spindle apparatus disappears. At the end of this stage, gradually a cell wall develops at the equatorial region of the cell.

The Structure and Functions of Stomata