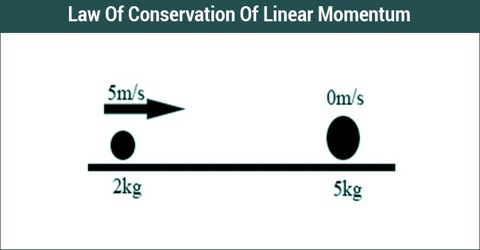 Momentum is the motion contained in a body. Quantity of motion possessed by a body depends upon both of its mass and velocity. So the product of mass and velocity is the measure of the momentum,

It is also called linear momentum. It is a vector quantity whose direction is in the direction of the velocity. Its unit is kg m/s is SI-units and dimension, [M L T-1].

The principle of conservation of linear momentum states that,

“If no external forces act on the system of two colliding objects, then the vector sum of the linear momentum of each body remains constant and is not affected by their mutual interaction”.

Example 1: When a bullet is fired from cannon, it goes ahead with tremendous velocity. Before firing both the cannon and the bullet were at rest, so momentum was zero. But after firing the cannon the bullet acquires a momentum. The cannon acquire equal but oppositely directed momentum. Because of it the cannon recoils back [Figure]. 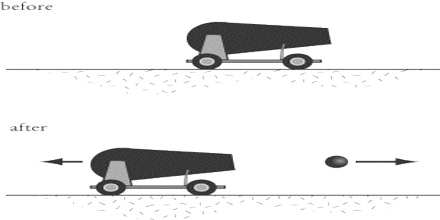 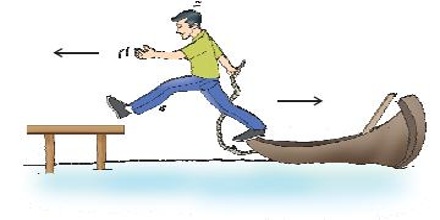