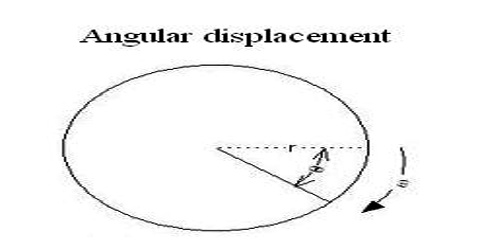 Suppose, on any plane surface like the page of this book, a particle is rotating in circular orbit around a fixed point O. Here axis of rotation will pass through the centre O of the circle and will be perpendicular to the plane of the circle [Fig]. At any moment, in order to know the position of the particle, let consider a stationary straight line OX on that plane. OX is called the reference line. 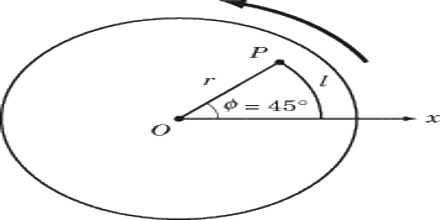 Definition: The angle through which the radius vector of a particle moves in fixed time interval in a circular motion is called angular displacement of the particle.

Angular displacement is the angle in radians through which a point or line has been rotated in a specified sense about a specified axis. It is the angle of the movement of a body in a circular path. If angular displacement θ is expressed in radian then its relation with the associated arc s is very simple. That is: θ = s/r; here r is the radius vector.