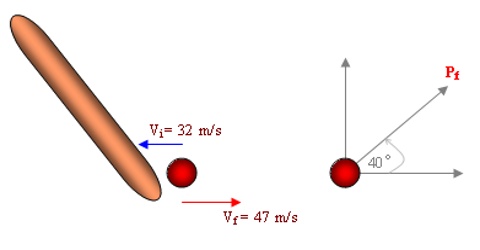 During collision, explosion, sudden strike etc such type of force acts. To strike carambole by a striker, hitting of a tennis ball by the bat, to kick a football, to hit a nail by a hammer, striking of a string of a musical instrument etc are a special type of force. It is called Impulsive force.

Example: Suppose, a tennis ball is struck to a racket then a strong torte acts on the tennis ball. Here the time of collision between the ball and the racket is very small. 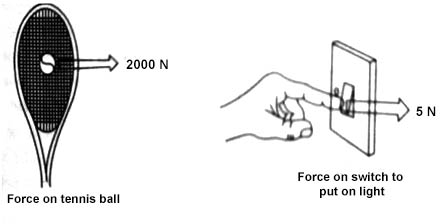 Again a product of a force and the duration of action of the force are called impulse of the force.

If force F is acting on a body for time t, then,

So, Impulse of force is equal to the change of momentum.